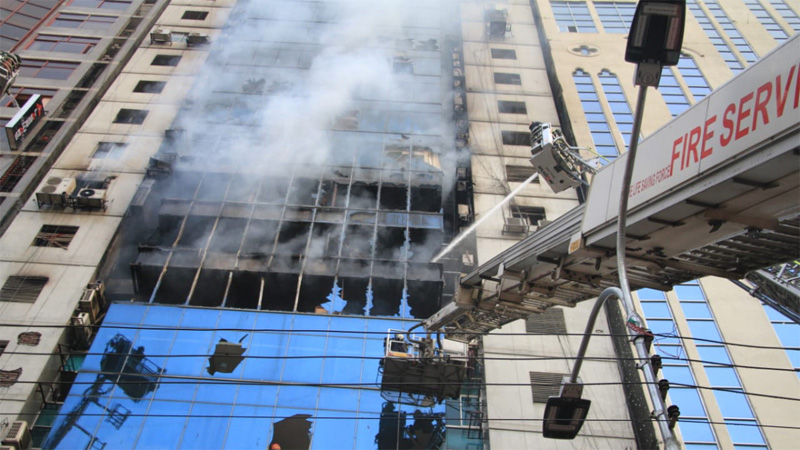 A Dhaka court has granted bail to Tasvirul Islam, one of the owners of FR Tower, in a case filed over the deadly blaze at the multistoried building on March 28 that left 26 people dead.

Metropolitan Magistrates Court Judge Tofazzol Hossain came up with the order on Thursday after hearing a bail plea filed by Advocate Ehsanul Haque on behalf of the accused.

Earlier on April 8, Tasvirul, also a BNP leader, was sent to jail after completion of his seven-day remand in the case.

Detective Branch of Police arrested Tasvirul, who owned the extended portion of FR Tower, from his Baridhara residence on March 30.

On March 28, a devastating fire broke out on the fifth floor of the 22-storey FR Tower killing 26 people and injuring at least 70 others.