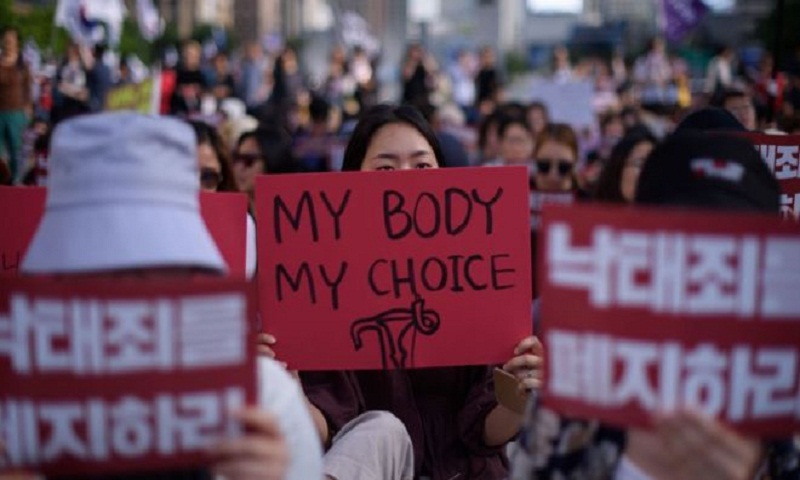 South Korea's ban on abortion has been ruled unconstitutional in a historic court decision.

The country's constitutional court ordered that the law must be revised by the end of 2020.

Under the 1953 ban, women who procured abortions could be fined and imprisoned, except in cases of rape, incest or risk to their health.

South Korea is one of the few developed countries where abortion is criminalised.

The law was reviewed after a challenge from a female doctor, who said the ban endangered women and limited their rights.

Campaigners seeking an end to the law say it is part of a broader bias against women in the country.

South Korea is home to a large number of evangelical Christians, however - and some want abortion to remain illegal because they say it forces women to think deeply about the decision.

Hundreds of protesters from both sides of the debate gathered outside the court ahead of the ruling, separated by police.

While pro-choice activists celebrated the announcement, anti-abortion campaigners were left in tears.