Jack Cole: The 'scary' dancer who made Marilyn sparkle 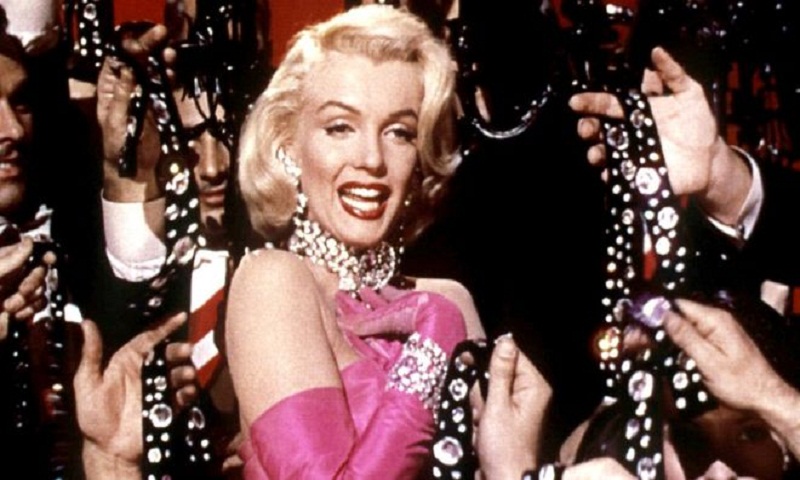 He's been called the father of American jazz dancing. But Jack Cole was also the man who gave Marilyn Monroe her dance moves. Another Cole pupil, Chita Rivera - star of the original Broadway West Side Story - recalls him as a demanding choreographer but, more than 60 years on, says she'll never have cause for complaint.

Rivera is one of the few people still to have memories of dancing with Cole in his prime. She's been a Broadway star since 1957, when she created the role of Anita in West Side Story.

A year before that she'd appeared with Cole on TV on Sid Caesar's comedy show. They performed an extended and powerful version of the jazz standard the Beale Street Blues.

"Jack was extraordinary," Rivera says. "The style he created was like nothing else you'd seen. He could be exciting and scary and maybe you didn't always want to hang around with him - but I'm delighted we got to dance together at the beginning of my career."

Cole was born John Ewing Richter in 1911 into a blue collar family in New Jersey.

The turning point in his career came as a teenager when he started to dance with the Denishawn School of Dancing and Related Arts. Its founders Ruth St Denis and Ted Shawn had abandoned European balletic tradition to explore other cultures - especially Indian dance.

Improbable as it seems, the Indian influence would still be visible two decades later when Cole devised Marilyn Monroe's most famous dance routine, the Diamonds Are A Girl's Best Friend sequence.

Rivera recalls how Cole performed. "Jack danced in the floor, as opposed to above the floor. It wasn't so much great balletic leaps - watch Beale St Blues online and you'll see the way Jack moved. There's a mixture of femininity there but also he dances like a guy. Strong, really strong - like a big cat. It's something you see in Rudolf Nureyev as well: they were both very, very male."

Dance critic Debra Levine is writing a book about Cole. "Jack started almost as a street kid. When he started to dance he didn't hesitate to tread both the artistic path and the commercial path: he fell in love with Asian forms and they never really left him whatever he did later.

"To picture the typical Jack Cole style think of an Indian dancer. His legs will be spread wide in what dancers call the second position, with feet turned out. There'll be a bend in the knee and a kind of torque in the torso. Even more distinctive are the arms - they'll be spread wide with the hands making very intricate shapes. The Indian influence is obvious and it's what now we'd call a mash-up.

"Remember that Jack hit the streets of New York City in 1931-32 when the economy was dire. He desperately needed to make a buck and I think what saved him was the repeal of prohibition in America in 1933.

"Suddenly people could drink alcohol again and there was a boom in nightclubs. We're talking about the Rainbow Room in Manhattan and Chez Paree in Chicago or in Los Angeles it would be Slapsy Maxie's or Ciro's. But the dance numbers they staged could be incredibly cheesy and low-end. So Jack created routines which entertained but which also used elements of modern dance and the ethnic forms which fascinated him."

Hollywood soon spotted his talent. Yet Levine says his film career got off to a bad start. In 1941 he was headhunted to dance in a forgotten musical called Moon Over Miami.

"They were enacting a Seminole (American Indian) ritual. But Jack Cole was such a sensual dancer and there was a little bit too much pelvis and too much bare chest - just too much male sensuality. So the performance stayed on the cutting-room floor but his movie career flourished as a choreographer."

Marilyn Monroe's Diamonds Are A Girl's Best Friend sequence from Gentlemen Prefer Blondes became Cole's best-known number. It's been borrowed by performers including Madonna and Kylie Minogue. For 1953 it was wildly over the top.

In a tight satin dress in shocking fuchsia, Monroe flirts with 20 or so male dancers clad in white tie and tails. Rivera says it's classic Cole.

"Jack was demanding but rightly so. He dictated every last detail of how he wanted you to twist an arm or the exact shape you needed with your hands. I remember once he worked with us for hours on how a particular handclap should sound.

"With Marilyn he was working with a great star who wasn't really a dancer. Yet he makes her move superbly. He knew that Marilyn totally understood her own sexuality and sensuality. He took that and surrounded her with men so there was nothing but sex on that screen. Marilyn was so feminine in that number and he let her float on top of that, with just tiny shrugs of the shoulder or a little turn of the neck. It's one of the great movie dances."

Levine refers to Cole's work with Monroe as micro-choreography. "There are studio stills from Twentieth Century-Fox which show Jack directing the whole sequence, even though in theory it's a Howard Hawks film.

"That eye-popping dress Marilyn wore was something Jack Cole suggested and he has her touching herself in ways you wouldn't expect in 1953. It's near-porn. It's fascinating too that there are shots of Marilyn rehearsing with Gwen Verdon, who for years was Jack's assistant and who in some ways was his muse. Marilyn and Gwen Verdon practised the hell out of it."

Ultimately Verdon left Cole to work with and marry Bob Fosse, a great choreographer who was influenced by him. Cole features briefly in the new FX series Fosse/Verdon.

After Gentlemen Prefer Blondes, Monroe always insisted Cole had to work with her whenever she was required to dance on screen, such as in Some Like it Hot (1959).

A precursor to his work with Monroe had come when Cole choreographed Rita Hayworth for the song Put The Blame On Mame in the film Gilda. Though Hayworth already had more dance experience, Cole brought out an even more exotic glamour in her.

But Rivera says he wouldn't have treated even big stars with kid gloves. "He demanded perfection but great choreographers do. Even the best dancers don't get out of bed hungry to put themselves through all the pain and effort ahead. Jack had the gift to make people want to do what he wanted them to do.

"In the 1960s I worked with Jack again on a stage musical called Zenda: it could be tough but every day was rewarding. The only time I would probably cry would be if I couldn't please him. Dancers are like that."

Cole died in 1974 and Levine thinks people are reawakening to his talent. "Partly it's the Marilyn Monroe effect. But it's wrong to label him the father of all American jazz dance. That was the invention of African Americans. But Jack successfully codified jazz dance and then he overlays all those characteristic Indian movements."

Levine says even Gene Kelly learnt from him. "Kelly was backstage once at Slapsy Maxie's in LA after a Cole performance and he knelt down and kissed Jack's foot.

"He said without you Daddy we're nothing - we're all following you."