Nusrat’s autopsy completed, to be buried in Feni 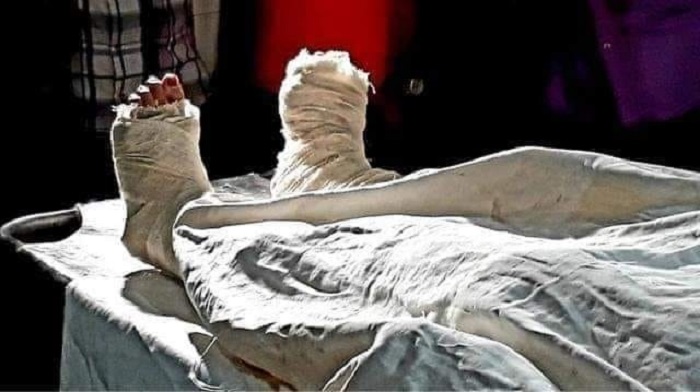 The autopsy of madrasa student Nusrat Jahan Rafi, who was killed in reprisal for levelling sexual abuse charges against a madrasa principal, has been completed.

Her autopsy started at 11.30am and ended at 12:00pm on Thursday, said doctors of Dhaka Medical College Hospital.

Brigadier general Nasir Uddin, director of the DMCH said, “We have kept samples for microbiology and DNA testing.”

Nasir Uddin added that doctors tried their best to save her, but they failed.

Then, she will be laid to eternal rest beside her grandmother’s grave, family sources said.

Madrasa student Nusrat Jahan Rafi lost her battle for life on Wednesday night, five days after she was set ablaze in Feni -- an incident that touched off outrage all over the country.

On April 6, Rafi was set afire allegedly by students loyal to Principal Sirajuddoula of Sonagazi Senior Fazil Madrasa after he was arrested and subsequently suspended as Rafi had accused him of sexually harassing her.