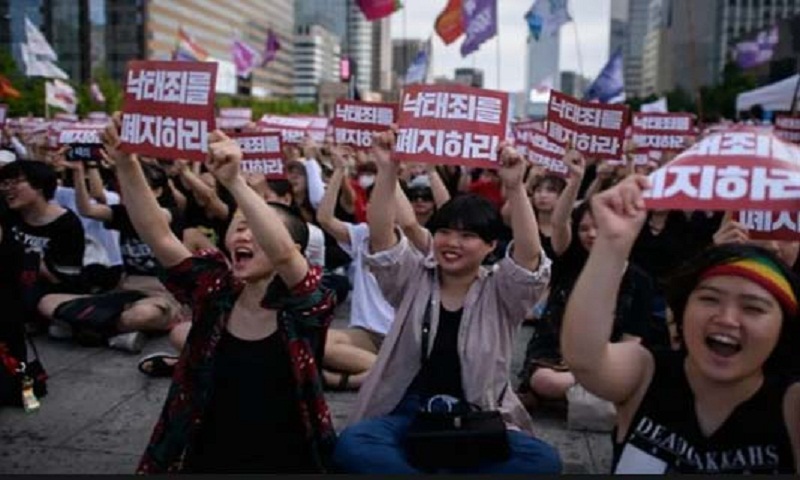 South Korea’s constitutional court is to rule Thursday on the legality of a decades-old abortion ban that campaigners say endangers women, in what could be a historic decision.

The South is one of the few industrialised nations where the procedure is illegal except for instances of rape, incest and when the mother’s health is at risk.

Women who undergo the procedure can be jailed for a year and fined, while doctors who carry out terminations can be given two years in prison.

The 1953 law is widely flouted and rarely results in prosecutions, but activists say it leaves women facing being unable to pay for terminations, unsafe procedures and social isolation.