A mysterious species related to humans has been discovered 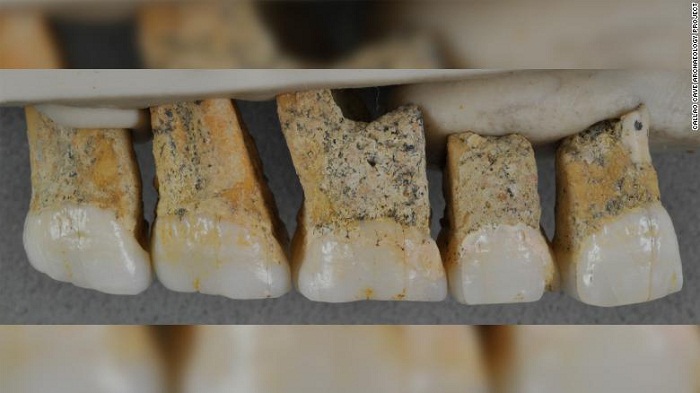 Ancient bones and teeth found in Callao Cave in the Philippines have led to the discovery of a previously unknown species related to humans called Homo luzonensis, according to a new study. The fossils belonged to two adults and one child who lived between 50,000 and 67,000 years ago.

This time frame means luzonensis would have lived at the same time as Neanderthals, Denisovans, Homo sapiens and the small-bodied Homo floresiensis. Like other extinct hominins, luzonensis is more of a close relative than a direct ancestor.

In 2007, a single foot bone was found in the cave and dated to 67,000 years ago. During excavations in 2011 and 2015, researchers found 12 additional hand and foot bones, including a partial femur and teeth, in the same layer of the cave. The researchers have named the new species luzonensis because of where it was found on the island of Luzon.

They are now the earliest human remains found in the Philippines. Previously, Homo sapiens remains were found on Palawan island and dated to between 30,000 and 40,000 years ago.

But what makes luzonensis different from other species? It's all in the distinct premolar teeth, which vary considerably from anything identified in the other species belonging to the Homo genus.

Callao Cave on Luzon island, where the fossils were discovered.

The seven premolars and molars are smaller and more simplified than those of other species. Although some of the characteristics can be compared to Homo erectus and Homo sapiens, the teeth and jaw features remain distinct as far as the odd features they combine.

This factor, along with the fact that the researchers haven't been able to remove DNA from the fossils, makes it difficult to determine where luzonensis fits, evolution-wise.

The finger bone also resembles that of Australopithecus, as well as early Homo species. The finger and toe bones are curved, like those of early hominins, likely suggesting that climbing was important to their lifestyle and survival.

"If you take each feature one by one, you will also find it in one or several hominin species, but if you take the whole combination of features, no other species of the genus Homo is similar, thus indicating that they belong to a new species," said Florent Détroit, study author and paleoanthropologist at the National Museum of Natural History in Paris.

Complications in the evolutionary tree

Luzonensis presents a bit of a mystery because, as with the discovery of Homo floresiensis, previously unknown hominin species complicate the evolutionary tree. This also shifts the idea of which species migrated.

Given that Africa is regarded as the "Cradle of Life" and Homo erectus was found on the Indonesian island of Java, the idea is that erectus migrated out of Africa and helped disperse the species.

Floresiensis, nicknamed the "hobbit" species, have been found only on the island of Flores near Indonesia and were discovered in 2003. They lived between 100,000 and 60,000 years ago. And although they stood only around 3½ feet tall and had brains about one-third the size of a modern human's, they made stone tools and hunted elephants.

It is believed that floresiensis was more diminutive in stature due to its island environment and limited resources. The same may be true for luzonensis, the researchers said.

Both of these species lived on islands that would have been reachable only by crossing the sea. And there is evidence of animal butchery on Luzon that dates back 700,000 years, but the researchers don't know whether luzonensis is responsible.

The finding does build the case that hominins were already present on the island. They could have been luzonensis or the species descended from them, or perhaps they descended from another unknown group, the researchers said.

Seafaring could have happened by accident as they drifted on rafts or due to intentional navigation, the researchers said.

"We have more and more evidence that they successfully settled on several islands in the remote past in Southeast Asia, so it was probably not so accidental," Détroit said. "Another important thing to have in mind is that you cannot successfully settle on an island with a single event of arrival of only few people, you need several individuals of course, and you need several arrivals, at least at the beginning, so that you have enough founders settled on the island."

So how did they evolve, and why do they share such varied characteristics with more ancient hominins? The answer may lie in more excavations and discoveries yet to be made on the islands of Southeast Asia.

"Our picture of homin evolution in Asia during the Pleistocene just got even messier, more complicated and a whole lot more interesting," Matthew Tocheri wrote in an accompanying News and Views article. Tocheri, the Canada Research Chair in Human Origins at Lakehead University in Ontario, did not participate in this study.

The researchers are planning studying the biomechanical aspects of the fossils and how they may have moved, as well as more excavations of the cave or identifying new potential sites.

"As we can see now, Southeast Asia, and especially their islands, is a fantastic place for studying hominin evolution, and conducting fieldwork to find more sites with ancient archaeology and hominin fossils," Détroit said.