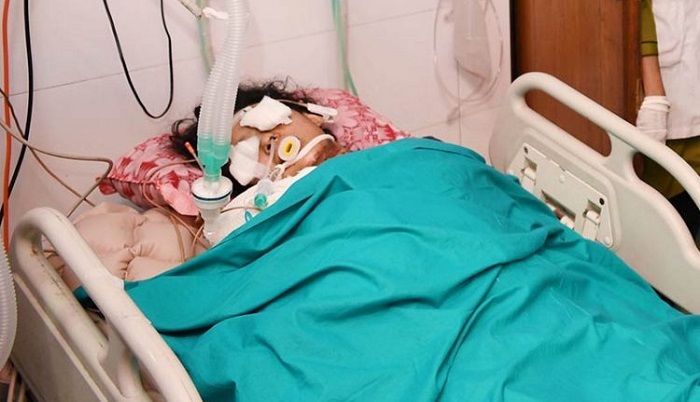 The burn victim Nusrat Jahan Rafi breathed her last around 9:30pm, according to doctors of the burn unit of DMCH.

She died at the National Institute of Burn and Plastic Surgery around 9:30pm, said its chief Rayhana Awwal Sumi.

Rafi’s dead body is kept in hospital’s mortuary for tonight and autopsy to her body will be conducted on Thursday morming.

Dr. Samanta Lal Sen, Chief National Coordinator for Plastic Surgery and All Burn Projects, Bangladesh, told that doctors tried their best to save Nusrat though deep burns caused minimal chances of her survival.

On April 6, Rafi was set afire allegedly by students loyal to Principal Sirajuddoula of Sonagazi Senior Fazil Madrasa after he was arrested and subsequently suspended as Rafi had accused him of sexually harassing her.