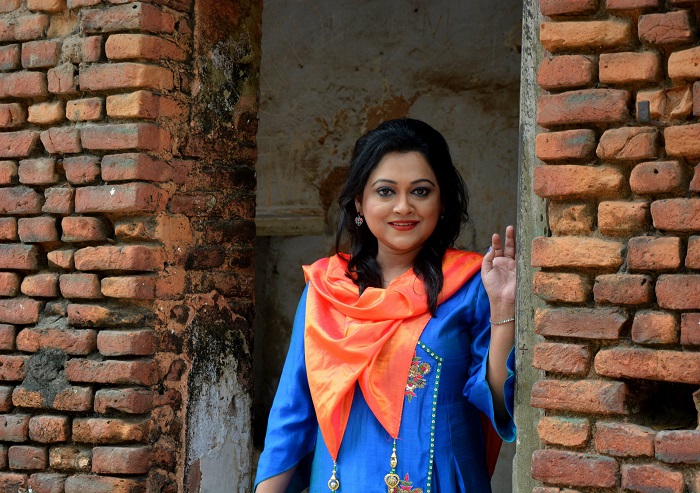 Popular singer and daughter of folk maestro Abdul Alim, Nurjahan Alim, is coming up with a music video of her father’s song on the occasion of upcoming Pahela Boishakah.

Besides this music video, she will also perform in different stage shows to mark the Pahela Boishakh, the first day of Bengali Calendar.

Talking about her Boishakhi programme Nurjahan Alim said to the daily sun, “Like previous years I will also perform in many stage shows in this Boishakh, but the main attraction of this year is the music video of my father’s song. The music video will be released on YouTube Channel of Live Technology and my YouTube channel named ‘Nurjahan Alim’ on Thursday. I will also perform as a model in this music video. I would like to request to my fans to subscribe my YouTube channel and like my facebook page to get my new songs.”

“The titled of the song is ‘Vomora Re Gaio Na Gan Gun Gun’. Lyrics and tuned by Abdul Latif, Kamruzzaman Shujon has recomposed the song. Khan Zehad has directed the music video under the level of Barsa Communications. Brand Group has sponsored the music video,” she added.