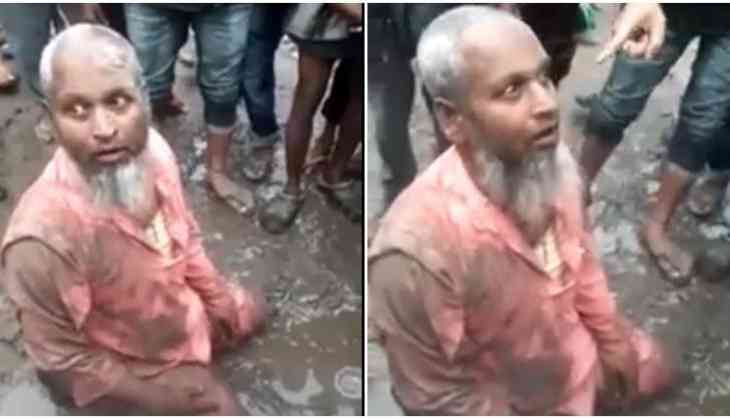 A mob in Biswanath district of Indian Assam on Sunday heckled and abused a Muslim man for allegedly selling beef and forced to eat pork as a punishment. The man was identified as Shaukat Ali.

The video of the incident has gone viral on social media. In the video, Ali is seen kneeling down, surrounded by an irate mob, which demands to know why he was selling beef. The mob can be heard asking, “Do you have license to sell beef?”

Questioning about Ali’s nationality, mob asked, “Are you Bangladeshi? Is your name in the NRC [National Register of Citizens]?”

The man has received injuries and is currently being treated at a government hospital.

Soon after the incident’s video went viral, AIMIM leader Asaduddin Owaisi hit out on Twitter and said, “I know many people who feel they're desensitized because of the number of lynchings in the last five years. I am not, each video infuriates me and saddens me. It's irrelevant that beef is legal in Assam, lynching an innocent old man is illegal in every part of India."

According to NDTV, police have detained at least five people. Two separate FIR’s have also been filed in the case.

<>Assam is currently updating its National Register of Citizens in a bid to identify foreigners from citizens.

Biswanath district police chief Rakesh Roushan, however, said it was “not a matter of communal tension”. Roushan said that the men misbehaved with not only him, but also another person of a different community.

Biswanath, under the Tezpur Lok Sabha constituency, will go to polls in the first phase on April 11.