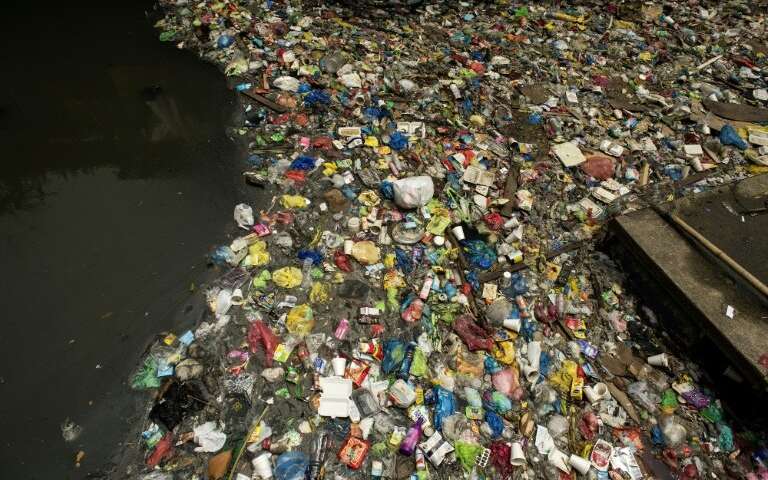 It's a puzzle that has perplexed scientists for years: humanity dumps millions of tonnes of plastics into the world's oceans annually, yet only a tiny fraction remains visible on the surface.

Now an international team of researchers believe they may be closer to determining where Earth's "missing plastics" end up, using an unprecedented global effort to track and draw down one of the most polluting materials ever invented.

As images of plastic-clogged beaches and swirling gyres of detritus bobbing on the high seas are prompting governments and cities to curb their throwaway culture, a growing body of evidence suggests a deeper problem of plastic permeating all ocean depths.

Of the between 4-12 million tonnes that enter the oceans each year, just 250 thousand tonnes are thought to stay at the surface. Overall, more than 99 per cent of plastics dumped at sea over several decades are currently unaccounted for.

As plastics degrade through erosion, UV light and microbial decay, their density changes, putting them at the mercy of ocean currents -- and, once they get pulled lower in the water, much harder for experts to track.

"It's quite difficult to decide where it all is because there are so many processes at work," Alethea Mountford, from Newcastle University's School of Natural and Environmental Sciences, told AFP.

"Even plastic at the surface can sink down and go back up again -- it's moving between different possible sinks in different areas of the ocean at any time."

In a potential breakthrough, Mountford used a computer model of ocean currents for plastics of three different densities to project where most of the world's fragments collect once they start to sink.

Much of the plastic ends up on the seabed -- as researchers outlined earlier this year in a separate study that found microplastic fibres in the guts of tiny shrimp that live at the bottom of the Mariana Trench -- the deepest place on Earth.

While Mountford stressed that her research was preliminary, the results could help focus investigation on the ocean areas identified and enable better studies of the damage plastics cause to marine life.

Mountford's work draws on that of Eric van Sebille, associate professor in Oceanography and Climate Change at Utrecht University in the Netherlands.

He said that most plastic pollution research had traditionally focused on the fragments that stay on the surface -- and with good reason.

"We know the most about the garbage patches so it makes sense to focus on them and if you look at the impact the surface plastic probably does have the most because most organisms live there," he told AFP.

"But if you want to understand the complete problem then we need to get a deeper view."

Van Sebille's current research is based on the fact that plastic pollution is now so prolific that monitoring the waste fragments themselves can provide valuable insight into how oceans circulate.

His hunch -- which should be borne out as modelling gets more sophisticated -- is that the vast majority of plastics dumped in the oceans wash back ashore. This would account for the huge disparity in the volume entering the oceans and the smaller amounts that can be seen today.

"Plastic gets out of a river, it stays within the coastal zone for a while and it has the opportunity to wash back to shore and quite a lot of it might do that," he said.

Van Sebille added that while the problem of plastic pollution today may seem insurmountable, focusing clean up efforts in coastal areas could save much more widespread plastic contamination in the long-run.

"More and more we think that plastic spends a lot of time in that coastal zone so you don't need to do that much clean up to get rid of 10 million tonnes," he said.

In a series of studies on plastic waste unveiled Tuesday at the European Geosciences Union in Vienna, one paper showed plastic contamination on the Forni Glacier, a vast body of frozen water high up the Italian Alps.

A team of Italian experts found between 28-74 items per kilogramme of sediment analysed -- meaning that the entire glacier is home to 131-162 million plastic items.

"From marine trenches to glaciers we have now found microplastics," said Roberto Sergio Azzoni, from the University of Milan, who led the research.