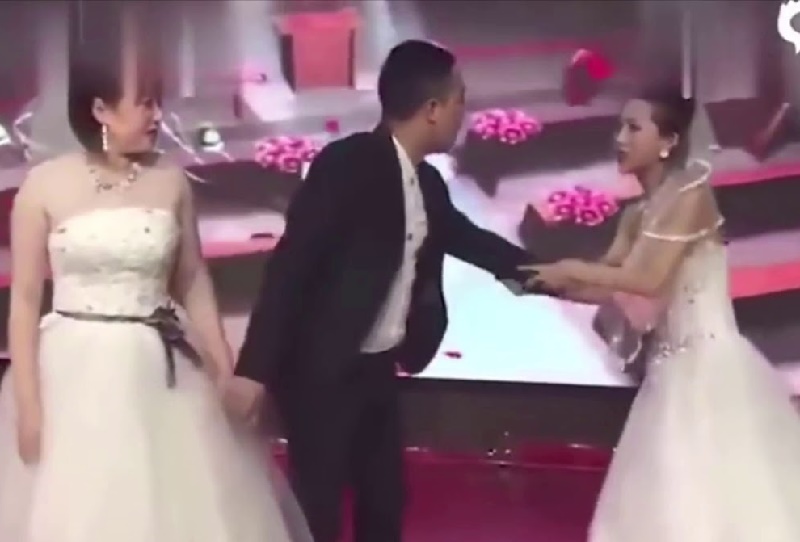 A woman in China recently crashed her ex-boyfriend's wedding to another woman, shocking the guests and leaving the bride distraught.

A video of the incident that has gone massively viral on Chinese social media platforms shows the unnamed woman in a bridal gown, kneeling in front of her ex during the ceremony. It is not clear where in China the incident took place.

According to Daily Mail, the woman allegedly burst in during the wedding and begged her ex to take her back. Visibly upset, she can be seen in the video yelling at the groom "it was my fault" and pulling at his sleeve. The stunned wedding emcee is heard saying "we have an unexpected situation here" before adding "perhaps this is the reality of love". <>The angry bride chooses to stalk off the stage just as the video ends, even as the groom follows her.

Since being shared online, the video of the love triangle has collected millions of views on Chinese social media platforms. According to Daily Mail, it was first shared online by an entertainment blogger and went viral from there.