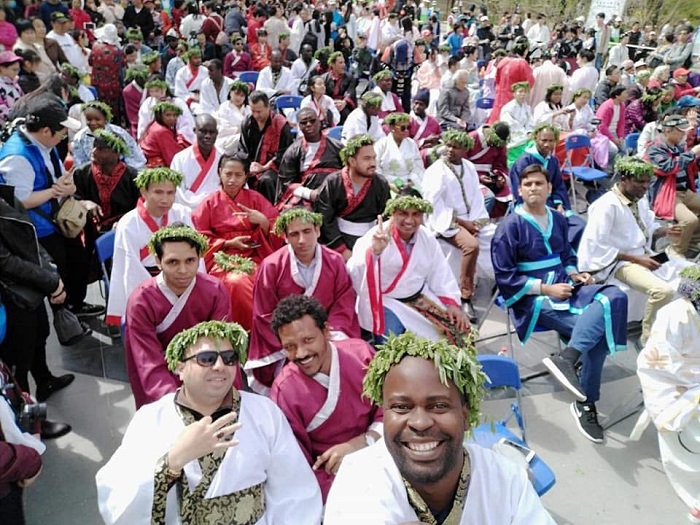 Amid much festivity and due solemnity, the Qingming Festival, also known as Tomb-Sweeping Day in English, was celebrated all over China on Friday.

The festival speaks volumes of a stronger family bond in the Chinese society as people of China commemorate their ancestors on this occasion every year.

In obserbance of the festival, the Chinese visit the graveyards of their ancestors and recall different stories of their dead relatives with younger members of their families.

They pay respect to their ancestors by cleaning gravestones, and offerings foods, incense and joss paper at the gravesites of their departed relatives.

Chinese people picnic at the cemetery besides offering prayers before tombstones of their ancestors, marking the occasion both in festivity and solemnity.

They also wish their living family members all the best for coming days through this festival that has been celebrated in the Chinese society for more than 2500 years. Like elsewhere in China, marking the occasion in a befitting manner, a three-day Willow cultural festival was held at the Willow Park in Beijing from Friday to Sunday.

The festival featured speeches, songs, poetry recitation, dance, show of traditional Chinese costume and Willow planting. A total of 50 foreign journalists, 16 from different countries of Asia and the Pacific and 34 from Africa, attended the event. Along with the Chinese people, they put on Han Fu, a traditional Chinese costume, and took part in different activities of the festival to experience the Chinese culture.

The journalists are in China to participate in the 10-month long training in journalism named the China International Press Communication Center Programme (CIPCC) 2019. China Public Diplomacy Association (CPDA) has initiated the programme to promote practical cooperation between media in China and other developing countries.

The programme is designed to help its participants to gain a comprehensive and in-depth understanding of China. Talking to the daily Sun, many foreign journalists said the festival really shows how much stronger the bond of Chinese families is. Mahendra Subedi, a journalist from Nepal said though some people think that the Chinese know nothing except for work and money, they are very much serious about their families. This unique festival proves that the bond of Chinese families is much deeper than many think about it, he said.