Foreign Minister asks US to send back Bangabandhu’s killer 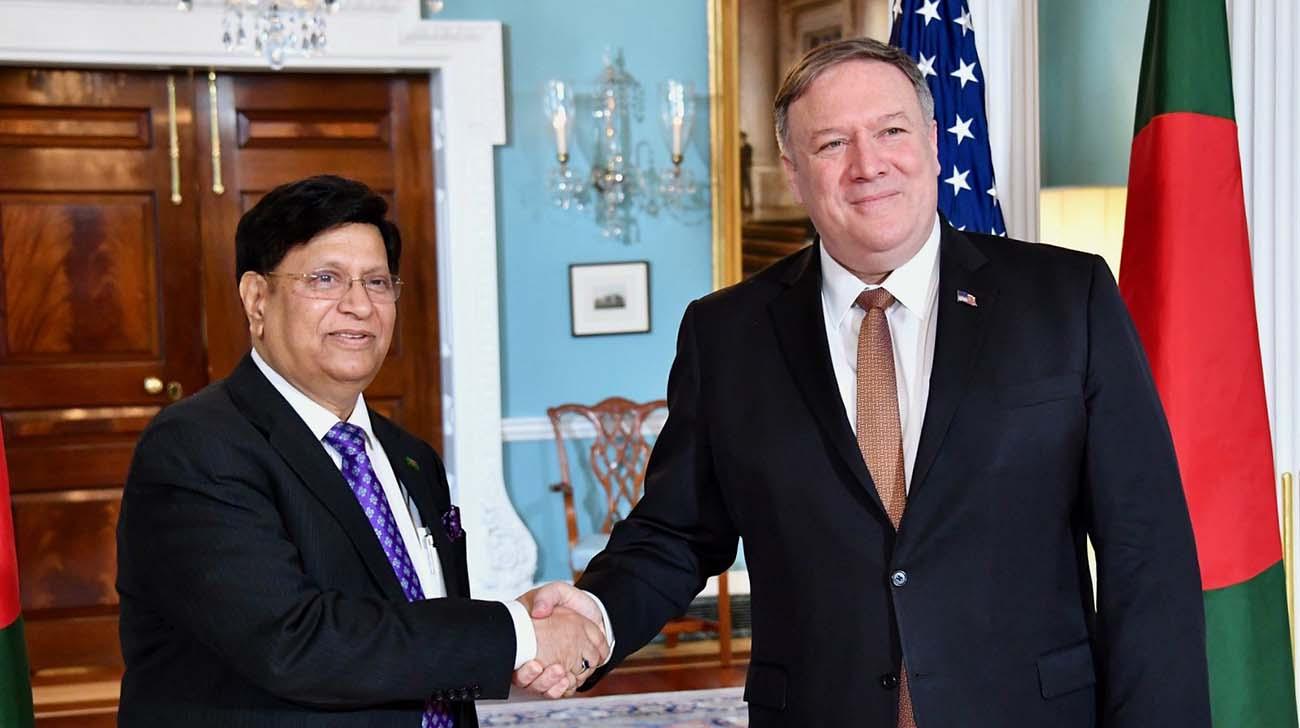 “Bangladesh has long been appealing to USA to extradite him (Rashed Chowdhury) to his own country. Bangladesh has been asked to contact with the Department of Justice (US) in this regard,” Dr Momen said.

Foreign minister Abdul Momen, now in Washington, met US Secretary of State Mike Pompeo on Monday in Washington and discussed on a wide variety of issues including trade and investment.

The US Secretary of State reiterated that US would stand beside Bangladesh (both politically and financially) in finding a permanent solution to the Rohingya crisis, according to media report.

He also lauded the humanitarian gesture of the government led by Prime Minister Sheikh Hasina for temporarily sheltering the persecuted Rohingyas.