The pressure to be beautiful in Bangladesh 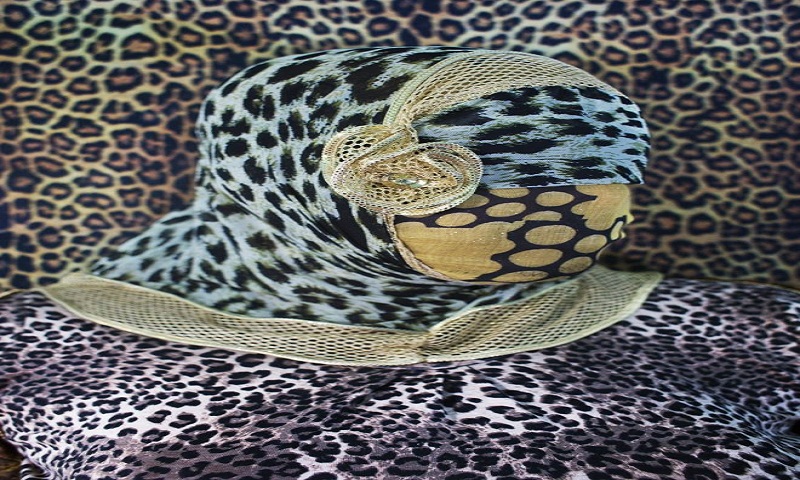 "As women we are often compelled to portray our beautiful selves," says Habiba Nowrose, a 29-year-old photographer documenting the pressures on women in Bangladesh to be attractive.

"In that path to avail beauty we are made to strip off our individuality, stories and traumas."

"We become anonymous even to ourselves and our identities remain concealed."

The women in Habiba's photos look bright and colourful but their faces are entirely covered, representing a loss of the inner self even though outwardly the women have made great efforts to look beautiful.

Habiba wants to draw attention to how much of themselves Bangladeshi women have to compromise to make others happy.

Speaking to BBC Bengali, Habiba said the idea for the series came after a "very bitter personal experience".

"When I graduated from university, I found people had a lot of expectations of me. I had to get married, have a baby, get a job with good salary. I have seen it happen to many girls around me - they are forced to forget what they actually want for themselves."

In her first year as a photographer, Habiba felt that no matter how hard she worked it was never enough: "If you are a woman and trying to prove yourself, you have to work twice as hard as the men."

Eventually Habiba felt trapped: "It seemed to me that I was losing myself as a person. Then I started working to make myself happy, to be honest to myself."

Nearly six years into her career as a photographer, Habiba began her series "Concealed".

"I started the series as a way of rejecting these experiences and denying other people's expectations," she says.

When Habiba started exhibiting the photos in 2016 in Dhaka, she says they were received with a lot of curiosity. On the whole women in the art world understood her message but she says male curators often needed further explanation.

"Women connected with the work as people who had experienced what I was talking about. But for the men naturally it was not the case."

Habiba says there are not many female photographers in Bangladesh and that is part of the problem. But things are beginning to change.

"Maybe it is not yet felt in every aspect of the profession but there are people who value the work women are creating in my field," says Habiba.

"For women in Bangladesh I just hope they continue to be the strong women they have always been and recognise who are their friends and who are their foes."