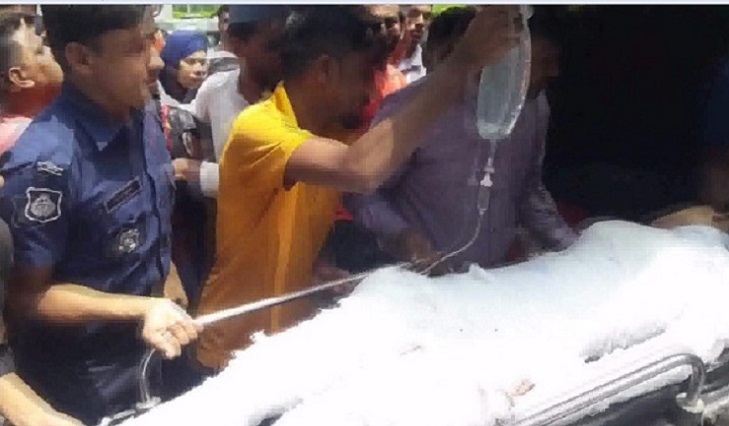 Dr Samanta Lal Sen, Chief National Coordinator For Plastic Surgery and All Burn Projects, Bangladesh, made the disclosure after completing a video conference with the doctors of Singapore General Hospital on Tuesday morning.

Nusrat Jahan Rafi has been fighting for her life at National Institute of Burn and Plastic Surgery unit in DMCH after being set on fire in Sonagazi upazila of Feni.

Meanwhile, the madrasa girl has been put on life support as her condition deteriorated further.