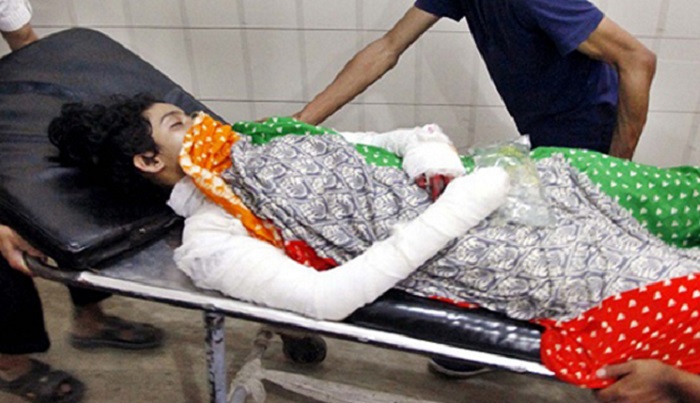 Nusrat Jahan Rafi has been fighting for her life at National Institute of Burn and Plastic Surgery unit in Dhaka Medical College Hospital after being set on fire in Sonagazi upazila of Feni.

Director of Sheikh Hasina National Institute of Burn and Plastic Surgery Prof Md Abul Kalam on Monday said Rafi’s medical documents were sent to a Singapore hospital for their opinions about sending her there.

“We’re yet to receive any feedback from them,” he told on Monday evening.

Meanwhile, the madrasa girl has been put on life support as her condition deteriorated further.

The madrasa principal was arrested on March 17 and subsequently suspended after the victim accused him of sexually harassing her.