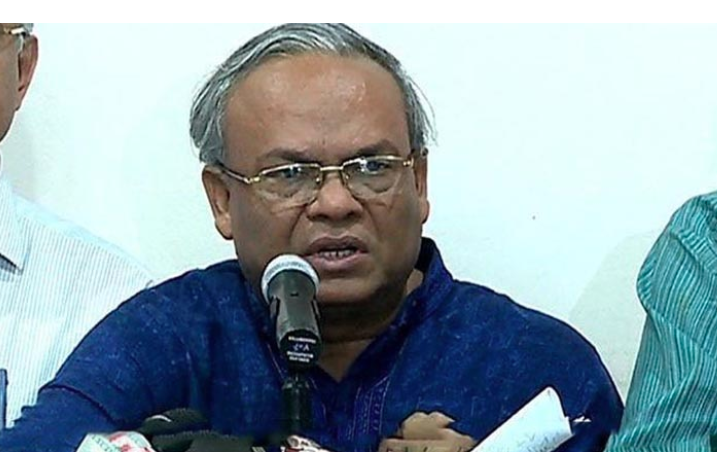 BNP on Monday alleged that the government is making a cruel mockery over the release and treatment of its ailing chairperson Khaleda Zia, now undergoing treatment at Bangabandhu Sheikh Mujib Medical University (BSMMU), for treatment.

“The contradictory remarks by the Home Minister and Awami League leader Mahabub-Ul Alam Hanif have exposed that they‘re indulging in a brutal mockery over the treatment of our leader Khaleda Zia and her release on parole,” said BNP senior joint secretary general Ruhul Kabir Rizvi.

He came up with the remarks a day after Awami League joint secretary general Hanif’s comment that Khaleda’s condition does not warrant a release on parole.

On Saturday, Home Minister Asaduzzaman Khan said they will consider releasing Khaleda on parole if she files an application and cites specific reasons.

Rizvi said the government will have to ensure the unconditional release of their chairperson shunning its conspiracy against her.

“Remember, one swallow doesn't make a summer. People are getting ready to express their pent-up anger against you. So, think about your future, and don’t create any obstacle to Khaleda Zia’s release,” he warned the government.

Khaleda, who has been in jail since February 8, 2018, was shifted to BSMMU on April 1 amid BNP’s outcry for her treatment.

Rizvi said there is no improvement in the health condition of Khaleda as BSSMU is unable to provide her proper treatment.

He also alleged that the government is resorting to a dangerous blueprint to obstruct their chairperson’s bail and her treatment as Prime Minister Sheikh Hasina wants to eliminate Khaleda.

Though getting bail is her constitutional and civic right, the BNP leader said Khaleda is being deprived of it only because of the government’s influence on the court.

He also alleged that Attorney General Mahbubey Alam has long been playing a very active role in obstructing Khaleda Zia’s release on bail at the behest of the government.

Rizvi came down hard on the Prime Minister for her comment that no false case was filed against BNP leaders and activists, saying Sheikh Hasina have forgotten to speak the truth as she is continuously lying. “She can lie naturally like memorising poems.”

He claimed that over a lakh ‘false’ cases, including 25 fictitious ones, were filed against 25 lakh BNP leaders and activists over the last 10 years.