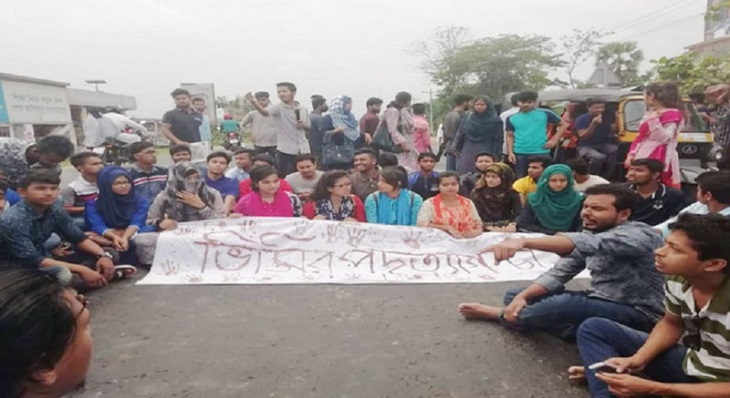 The protesting students of Barishal University on Monday blocked Barishal-Kuakata-Bhola highway reinforcing their demand for resignation of the Vice-chancellor (VC) SM Imamul Huq.

The blockade continued 10:00 am to 12:00 pm making a halt of all kinds of traffic movement.

On 28 March, authorities shut down the university for an indefinite period amid student protests demanding withdrawal of the VC for his 'offensive' comment made while addressing a programme marking the 49th Independence Day on the campus.

The following day, professor Imamul Huq apologised for his comment, saying it was misunderstood by the students.

On 26 March, students started demonstrations claiming that the VC arranged the Independence Day programme on the campus without inviting students.

However, the VC reportedly labelled them as sons of Razakars.