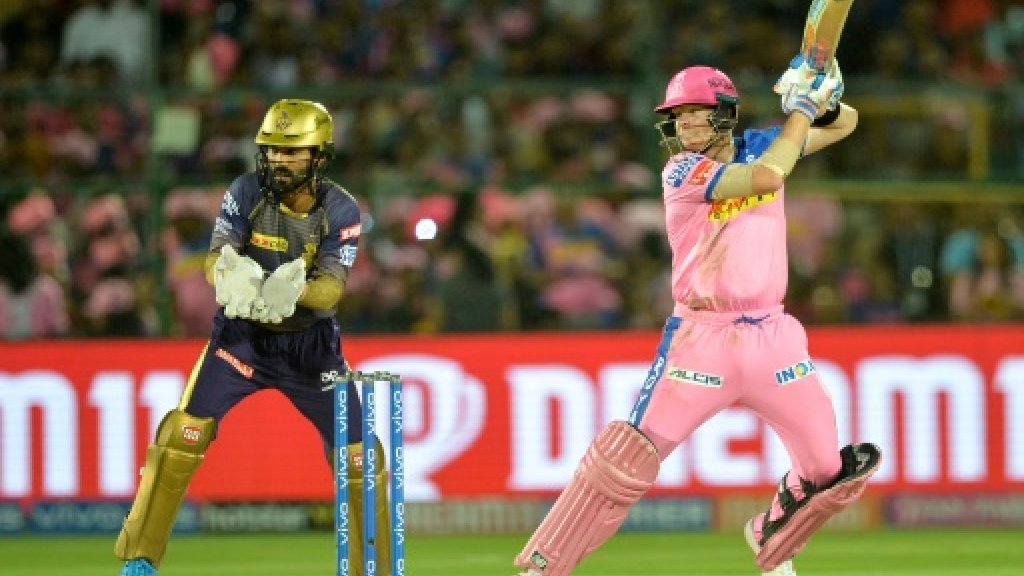 Smith hit an unbeaten 73 off 59 balls to guide Rajasthan to 139-3, boosting his return from a ball-tampering ban that ended March 28.

Smith and his compatriot David Warner missed the 2018 IPL over a cheating controversy that got the pair a 12-month suspension from state and international cricket.

While Warner has been in impressive form to top the batting chart with 279 runs in five matches for Sunrisers Hyderabad in the IPL, Smith finally hit big after scores of 20, 28 and 38.

He built crucial partnerships including a 72-run second-wicket stand with England’s Jos Buttler, who made 37, after being invited to bat first.

“He is not a big-hitter of the ball. He’s not an Andre Russell or a Ben Stokes. He gets the gaps. He had a bit of hand injury as well. I respect him,” said West Indies great Brian Lara, commentating for IPL.

Smith’s effort was not enough as Kolkata chased down their modest target of 140 in 13.5 overs with Chris Lynn top-scoring with 50 off 32 deliveries.

The former Australia captain also took a sharp catch at first slip off the bowling of leg-spinner Shreyas Gopal to dismiss Sunil Narine for 47.

Smith and Warner are keen to impress with their performance in the world’s most popular T20 league that runs close to the World Cup starting in May.

The Twenty20 extravaganza is tentatively scheduled to end on May 12, wrapping up less than three weeks before the start of the 50-over showpiece event in England and Wales.