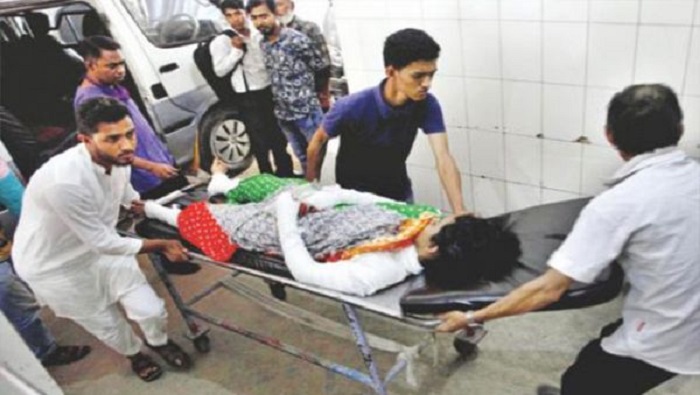 A 8-member medical board in Dhaka Medical College Burn and Plastic Surgery Unit has been constituted for the better treatment to 18 years old Madrasa student Nusrat Jahan Rafi, who suffered burn injuries in the wake of sexual harassment.

Chief National Coordinator for Plastic Surgery and All Burn Projects of Dhaka Medical, Dr. Samanta Lal sen said that, “An eight member board led by Professor Dr. Abul Kalam has been formed for the better treatment of the girl….She is not yet out of danger as 75 percent of her body has been burned. She is under our observation”.

Earlier on 27th March, Nusrat was burned by some miscreants while on her way to examination hall. Later, she was rushed to Sonagazi Upazilla Health Complex, and transferred to Feni Sadar Hospital from there.

She was sent to Dhaka Medical College from Feni Sadar Hospital after providing her a first aid treatment.

On 27th March, principal of the madrasa, Sirajuddowla, was arrested by the police after Nusrat’s mother, Shirin Aktar filed a cased against him over the allegation of sexual harassment.

Nusrat is the daughter of Mawlana Musa Mia of Uttar Charchandia village at Sonagazi in Feni.