Is Racism Rooted in Us? 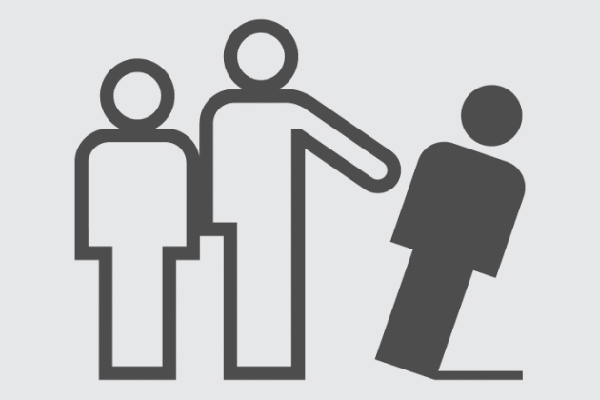 Racism is rife in our society. Before a man gets married, his liberal parents say, "Have an affair. It is not a problem. But marry a woman of beauty, grace and white complexion." They don't say, "Marry someone with whom you can form an eternal bond irrespective of age, colour and skin." Even if parents are brown or black in complexions, they are obsessed with white complexions. If a person does not have a white colour, their skin is not dubbed as “clean”.

It seems, a non-white person will have to be thick-skinned to live comfortably in this society. It is really difficult to live in a society where derogatorily calling someone “kallu” for his/her complexion is considered to be normal and treated trivially as a matter of joke. The Bangladeshi white society tease non-white people, and at times, hurl torrents of abuse at them. Not every person, fortunately though, is blatantly racist. The number of racists, however, is not less either.

We blame white Europeans and Americans for being racists. They feel superior for being born of white races. The white dominating society legitimises their claim. Traditionally, in literary analysis, we symbolise white with purity and darkness with danger. The system of colonial production and the lack of hermeneutics of suspicion have legitimised these types of racist interpretations. When we see Muslim names, we think that the person is either brown or black. When we come across any Muslim name from the middle-east countries, the stereotypical image of whiteness pops into our mind. We think that the Middle-Eastern people are always white in colour. Actually, there are many black people living in middle-eastern countries! We ignore their existence. Interestingly, if the name is a Christian name; if he/she is not from the Asian subcontinent, we think (without seeing the person) that the person is white in complexion. When white foreigners walk on the streets, some of our citizens look at those occidental people with awe-inspiring eyes. When black people walk on the streets, our citizens ridicule them---sometimes they don't even pass a glance at them. When white people share their knowledge, we feel that their knowledge is more superior to ours. We are enthralled by white peoples’ knowledge.

Dhaka has one private university which attracts white scholars from North-American countries. The authorities of that university try to impart a message that their quality is higher than that of our scholars. They invite white scholars and receive their euro-centric idea that has no practical implication in our part of the world. These westerners call themselves "First World Countries" and us "Third World Countries". We happily oblige them. Who are they to decide?  In that university, we cannot even apply because of not having a foreign degree; precisely North-American Degrees. If we don't respect our own degrees, how could we expect others to respect our education system? Interestingly, 90% of those foreign scholars are white in complexions. The authorities attempt to establish this befuddling idea that their university has more knowledgeable people than others. They attempt to attract more students with that thinking-process. Ironically, that university is mired in other controversial issues, like anarchism.

Every year, Bangla Academy arranges a Lit-festival sponsored by one popular English daily. The lit-festival is the hub of elitism. Many foreigner writers who come there have no international reputation. Our elitists promote them for reasons I still do not know. Perhaps, they try to circulate their paper more. It is a form of neo-colonialism. We promote foreign singers. Do we do that to our own singers? Why don’t we promote our own novelists working in English in the same way we acknowledge unknown foreign authors? It is a pity that internationally renowned poet like Prof. Kaiser Haq is relatively unknown in our country. True, this is the world of globalisation. There are many exchange programmes. That does not mean that we will have to recruit white scholars who have no recognition in their own country. We should not give a place to them for colonising us. Why do I need to buy foreign tissue-papers when I know that Basundhara Paper-mills maintaining an international standard successfully since 1995?

About a year ago, one of my female students gave a presentation on racism. In her presentation, she lamented that her black skin colour is the reason why she is the least liked in her family. I asked her then, “Supposedly, you have got married. You have one black son and one white son. Who will be your loved one?” She answered peremptorily, “The Black one. I will try to shield him from the racist society.”  It is difficult to believe who is right and who is wrong in case of first person narratives. But there is no denying that white people have more privileges than brown and black people. In airport security checkups, white people (more so; if they are not Muslims) are given better care and protection. On the other hand, black people are frowned upon! They literally face ordeals amidst tight-security checkups. White supremacists believe that they are the children of the Almighty. Only they feel they have the rights to rule the world. Even in many educated families in Bangladesh, racism is going on. If a white grandchild makes any mistake, he or she is not scolded but the black one is rebuked for a similar mistake. My own grandmother who I love for her caring nature was a racist. She treated people based on their complexions. White was her favourite colour. She adored white people. She did not treat non-white people graciously. Her attitude towards white people always remained one of admiration!

There is one particular advertisement that shows a candidate not getting her job because of having black complexion. Then, she uses a beauty product for six weeks. She becomes whiter and gets her coveted job. That advertisement makes many of our brown and black women feel hapless about the colours of their skins. Many of them may start feeling that there is a problem with their skin. They assume that their appearance matters more than their knowledge, wisdom and eloquence. They may start focusing more on pigmenting their skins. The advertisement obsessed with promoting their product does not spread a message that colour is not important; intellect is more important to get a job.

Many movies glorify whiteness. We have more white heroes and heroines than black and brown ones. There are not enough English films that show interracial relationships. Many mainstream movies like Tarzan show that blacks are devilish in nature. Monsters are mostly black in complexion. For that reason, many people from a young age form an ideology that whites are of superior races. Blackness is synonymous with witchcraft. Why do we wear black armbands to mourn the dead people? If our coffin is shrouded in white colour, then black should not be a colour for mourning; it should be a white colour.

My premise is that---everyone has a racist mentality. But it is better not to hurt others for their colour of skin. We may not like any particular races or people. We should keep our feelings to ourselves. We should not dehumanise others for their colour of skin. By the time I finish my write-up, I know someone somewhere is calling another person "kallu" for their skin colour. Kallu is a racist word. Then the use of that word is not a matter of joke. If I am surrounded by racist people, how can I say that I am living without that mentality? If a grandparent has two grandchildren, the fairer one should not deserve a better treatment just because of her fair-complexion. Is Not It a Form of Racism? Sadly, educated people are doing racial profiling. Education is supposed to make us better human beings! Are we ENLIGHTENED? …………..