BNP demands Khaleda’s release on bail, not on parole 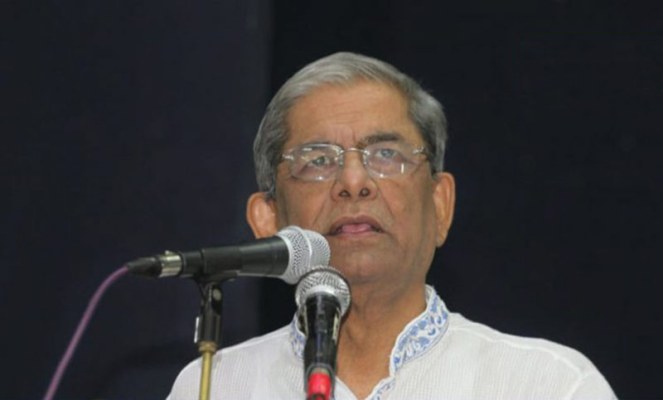 Bangladesh Nationalist Party (BNP) secretary general Mirza Fakrul Islam Alamgir on Sunday said that their party chairperson Khaleda Zia has to be released on bail, not on parole.

“Getting bail is a lawful right of her (Khaleda Zia). Because, all other detainees are in bail in this case”, Fakhrul told.

“We demand unconditional release of Khaleda Zia. We have not held any talks on the issue of her release on parole” Fakhrul said.

He also added, “Khaleda Zia is not receiving proper treatment because of government’s control over the PG hospital. So, we have asked the government to allow her personal doctors to treat her.”