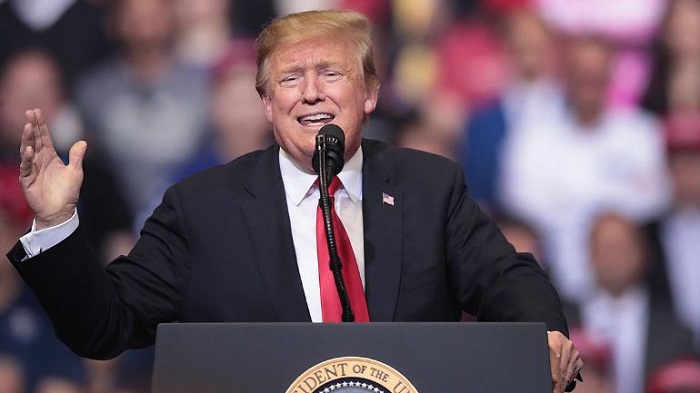 Donald Trump has a long history of making wild claims and pushing conspiracy theories, and it appears his brand new target right now is the windmills.

The President of USA recently made dubious claims that the noise from the windmills causes cancer, clearly confusing the turbines from the mills, even though his facts were not correct.

While attending the National Republican Congressional Committee's spring fundraising dinner in Washington DC, Trump said, Hillary wanted to put up wind, wind. If you have a windmill anywhere near your house, congratulations your house just went down 75% in value.

He continued making weird gestures with his arm in the air and imitating the noise of the wind, And they say the noise causes cancer, you tell me.

Obviously there are no studies that support the fact that noise from wind turbine causes cancer.

After Trump made his wild claims, Twitter did not hold itself back from criticizing him and trolling him for his claims.

Here’s what Twitterati are saying about Trump.

One Twitter user wrote, Yeah I hear the windmill blows the Cancer into you. Another jeered, President Genius has a long history fighting to protect people from windmill noise cancer. Just ask the folks that live near his golf course in Scotland.