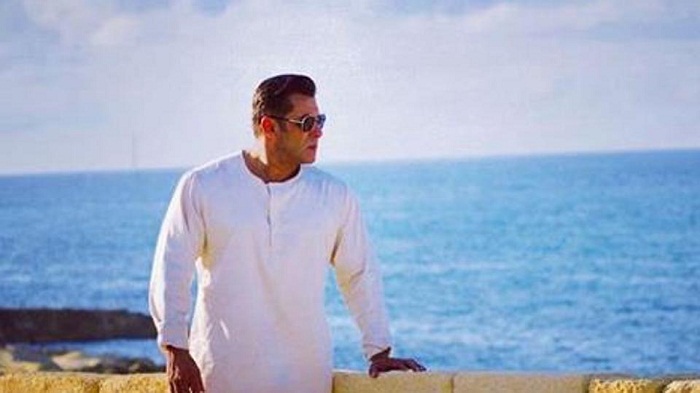 Even as he shoots for brother Arbaaz Khan’s Dabangg 3 in Madhya Pradeshy, Salman Khan’s new picture from the sets of Bharat has emerged online and fans are going crazy over it. The film’s co-producer Atul Agnihotri has shared a picture of the lead actors from sets of the movie.

The film directed by Ali Abbas Zafar has been garnering attention on social media, ever since the release of its teaser, which left Salman Khan fans spellbound and wanting for more. The film also stars Disha Patani, Jackie Shroff, Tabu, Sunil Grover and Nora Fatehi.

Bharat brings Salman and Katrina together for the sixth time - Ek Tha Tiger, Tiger Zinda Hai, Maine Pyar Kyu Kiya, Partner and The actors will reunite for the third instalment of the Tiger series as well. Katrina was roped in for Bharat after Priyanka Chopra decided to walk out.The trailer of Bharat will launch on April 24 and the film will hit theatres on Eid 2019.

Salman is currently shooting Dabangg 3 alongside Sonakshi Sinha on the banks of Narmada river and the title track for the film has already been shot. Directed by Prabhudheva, the film is third in the hit franchise headlined by Salman.