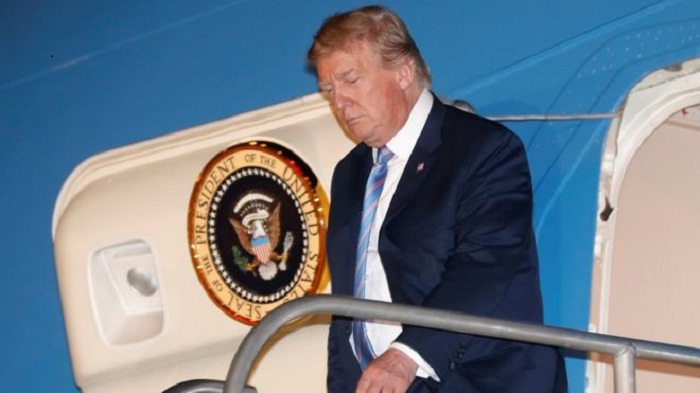 Mr Trump has maintained his business interests during his presidency, prompting questions about possible conflicts of interest. Questions also remain about his net worth, tax profile and past financial dealings.

The Democrats gained control of the House of Representatives in mid-term elections last year, giving them the ability to launch investigations into Mr Trump's administration and business affairs.

What did Trump's lawyer say?

Mr Consovoy said the tax committee did not have a valid legislative reason to see Mr Trump's tax returns.

"His request is a transparent effort by one political party to harass an official from the other party because they dislike his politics and speech," Mr Consovoy said of tax committee chairman Bill Neal.

He said the request was a "misguided attempt" to politicise tax laws and could also end up interfering with audits. He said the US Treasury should not comply with the demand.

Mr Trump has in the past said that he is unable to release his tax returns because they were being audited by the Internal Revenue Service (IRS).

However the IRS has said that he could release the returns even if they are under audit.

In February Mr Trump's former lawyer Michael Cohen suggested during testimony to Congress that Mr Trump's taxes were not under audit during the 2016 presidential campaign - when Mr Trump said they were.

Mr Trump had not wanted to release the tax returns because the resulting scrutiny could have led to an audit and "he'll ultimately have taxable consequences, penalties and so on".