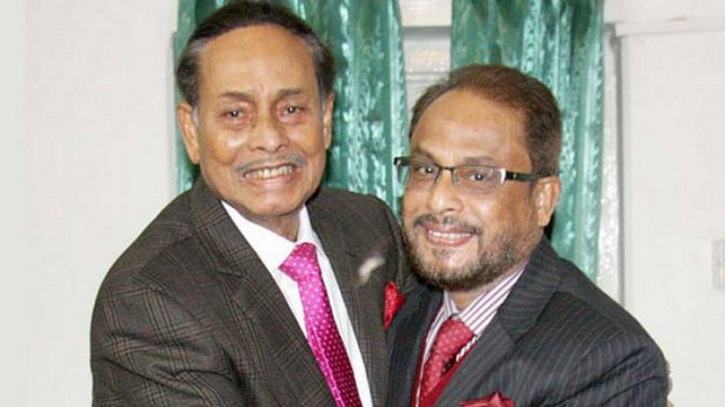 In the latest organisational instruction, he said, "I would like to inform Jatiya Party leaders and activists at all levels and its supporters, well-wishers and other concerned that in my absence or when I am under treatment abroad, the party's present cochairman GM Quader will act as the chairman of Jatiya Party."

In an organisational instruction at that night, he accused Quader of failing to run the party and creating divisions in it. "He has been relieved of party's organisational duty and the post of co-chairman in the interest of the organisation."

Ershad, however, today annulled that instruction.

He also said he restored his organisational instruction issued on January 16 last declaring Quader as the party chairman in his absence.

On March 23, the Jatiya Party chairman also removed Quader from the post of the deputy leader of opposition in parliament, nominating his wife Raushon for the post.

Quader now got back the party posts of cochairman and acting chairman, but still not the one--the post of deputy opposition leader in parliament.