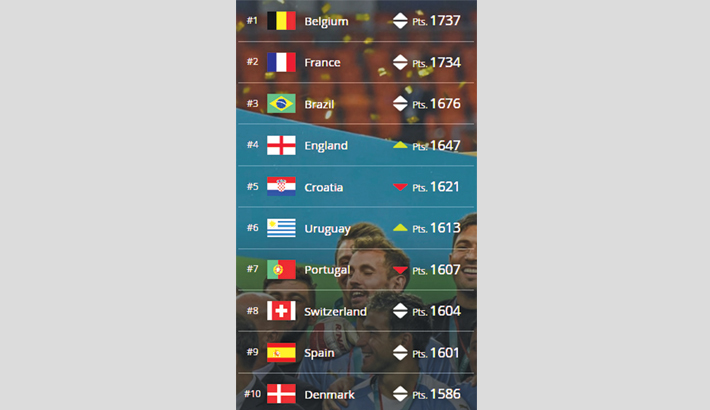 Belgium hold on to top spot in the latest FIFA world football rankings released Thursday while England are on the rise, snatching fourth place from World Cup finalists Croatia.

The top three positions are unchanged with World Cup winners France in second spot ahead of Brazil, in third.

England move up one place on the strength of convincing Euro 2020 qualifier wins against the Czech Republic and Montenegro last month while Croatia, who reached the 2018 World Cup final before losing to France, retreat one place to fifth.

Germany, rebuilding following their humiliating exit from the 2018 World Cup after the group phase, are also moving up.

They rise three places to 13th on the back of their victory over the Netherlands in the Euro qualifiers last month.

Austria slid 11 places, the biggest drop in the rankings, after Euro qualifier defeats by Poland and Israel in March.