Modi will be in jail if Rahul becomes PM: Beni 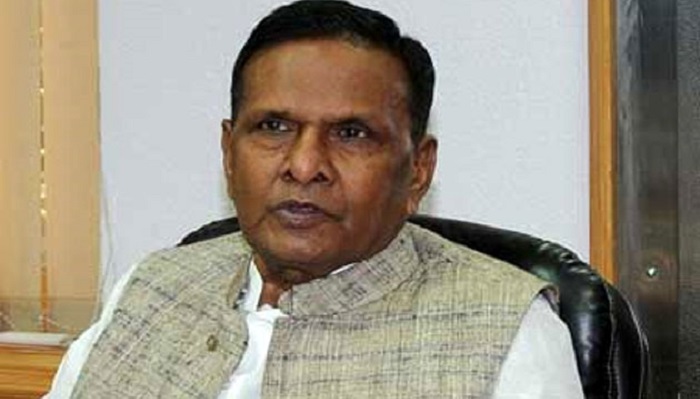 While dubbing Modi as a “dictator”, he also launched a vitriolic attack on the opposition parties, saying it is the “duty of all Hindus and Muslims to guard the country and temple of democracy from dogs.”

Verma said several founder members of the BJP have been “humiliated” and “sidelined” after Modi’s elevation in the party.

Later addressing an election meeting in Itiyathok township of Gonda from where he is seeking re-election, Verma described Modi and Mulayam Singh as the biggest "enemies of secularism".

Facing competition from Akbar Ahmed Dumpy (Bahujan Samaj Party) and Masoor Khan (Peace Party) at a time when BJP is confident of getting support of Hindus in the constituency, Verma, ostensibly addressing the sizeable Muslim population, said, "Country is like a temple of democracy and we all have to protect and guard it".

“It is the duty of all Hindus and Muslims to guard the country and temple of democracy from dogs (who are out to soil it),” Verma said.

The Union minister noted that in these elections everyone is out to become the prime minister.

Referring to the lion and hyena barbs exchanged between Modi and Akhilesh Yadav, Verma advised the UP chief Minister to tell his Gujarat counterpart that "he would be given a goat of Etawah feeding on whose milk he (Modi) too would become a goat.”

The Congress leader said though his party will not field candidates from Kannauj and Mainpuri (seats contested by SP's Dimple Yadav and Mulayam Singh Yadav), it will put up a candidate in Azamgarh (the other seat from where Mulayam is in the fray).