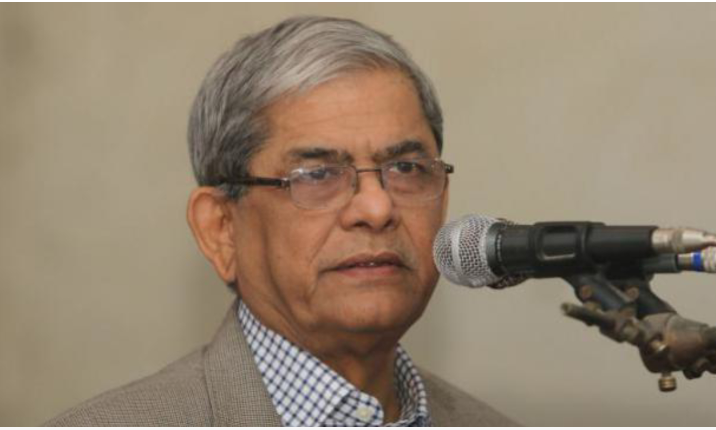 BNP on Friday alleged that the ruling Awami League has depoliticised the country by ‘restoring one-party Baksal rule as it did in 1975’.

“Now, there’s no politics in the country. Politics is now under the grip of one party,” said BNP secretary general Mirza Fakhrul Islam Alamgir.

He came up with the remarks while exchanging views with local journalists at his house in the district town.

The BNP leader said multiparty democracy was restored by their party founder Ziaur Rahman after Awami League had introduced one-party Baksal rule in 1975. “The one-party rule has now been again restored undercover of democracy.”

He said their chairperson Khaleda Zia has been subjected to government’s political vengeance as she has been kept in jail by convicting her in ‘false’ cases.

Fakhrul alleged that Khaleda is neither getting bail from the court nor proper treatment by the government though she is very sick.

He renewed their party’s demand for shifting Khaleda to a specialised private hospital for her proper treatment.

The BNP leader said Jatiya Oikyafront is united though two-MPs of Gono Forum, one of its components, took oath violating the alliance’s decision.

“Organisational action has been taken against those who have taken oath. We’re united and working for the restoration of democracy. We must move forward together with people,” he said.

About the stance of their party and the alliance on the current government, Fakhrul said they think Awami League has been ruling the country illegally by usurping the state power. “There’s no reason to accept such a regime.”

He demanded the government immediately hold a fresh national election annulling the results of the 10th parliamentary one.