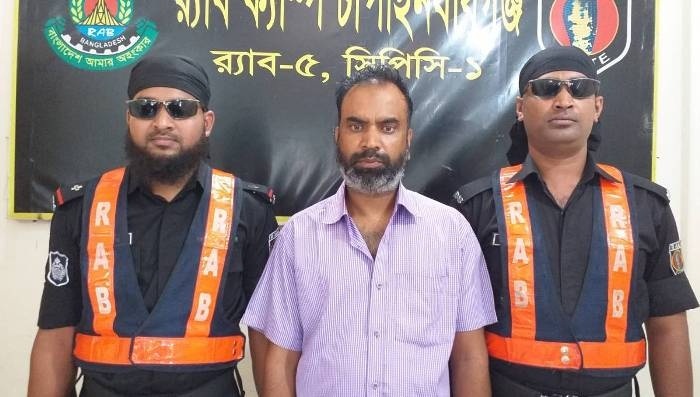 A man accused of blackmailing and raping a female high school student for several years was arrested on Friday morning from Naogaon.

He was a clerk at Toilkupi High School where the victim was a student.

“He secretly took a picture of the girl in a compromising situation and threatened to spread it. Badsha raped the victim regularly over the years,” Murad said.

“Her ordeal did not end even after she passed her Secondary School Certificate exams last year and got into a college,” the Rab officer said.

Badsha went into hiding when the victim’s family filed a case with Shibganj police on March 18 after learning about the ordeal.

“The rapist was trying to flee to India through Sapahar border but we arrested him before that,” the Rab officer said. “He has confessed to blackmailing and raping the girl.”