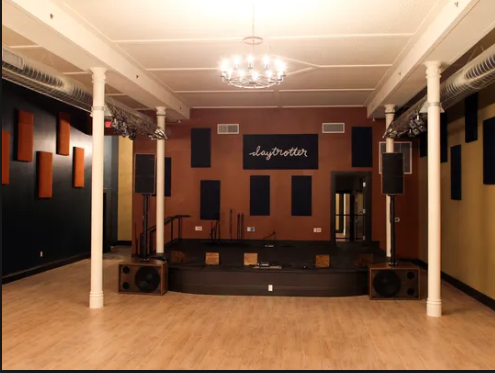 Daytrotter has closed its venue space and recording studio in Iowa and is relocating to Atlanta.

The lease on the Davenport studio expired at the end of March and the company was no longer making a profit hosting live shows there, Matt Lundberg, a senior vice president of Daytrotter’s majority owner and online music retailer Wolfgang’s Vault, said Wednesday. It closed March 30, the Quad-City Times reported.

Daytrotter is moving to Atlanta to be closer to its partner, Paste Magazine, an online publication that hosts Daytrotter’s catalog of more than 7,000 band sessions, Lundberg said. The Atlanta venue will be open by July 1.

Since 2006, burgeoning indie bands and veteran acts have been recording tracks at Daytrotter. The venue’s alumni include Wilco, The National, Vampire Weekend, Bon Iver, the Alabama Shakes and Macy Gray.

The studio was first located in downtown Rock Island and it moved to downtown Davenport in 2016.

After it relocated, Daytrotter started to host live concerts. Lundberg said it was an “exciting opportunity” in 2016, but it never proved economically worthwhile. The live shows stopped by late May 2018 and numerous staff members were let go the following month.

“We have never been successful in making an economic go of it,” Lundberg said then. “We knew we had to do something. We were losing money every time we were using it.”

Kyle Carter, executive director of the Downtown Davenport Partnership, said the closing was a result of business decisions and it is not likely to have an effect on the city’s local market.

Co-founder Sean Moeller left Daytrotter after the move to Davenport. Moeller said the studio’s impact is cemented in the Quad City music scene.

“Daytrotter was founded by Quad-Citizens, and its impressive legacy is well documented,” Moeller said. “To my knowledge, the company as a whole continues to record and stream music even though its local presence has moved. We should continue to celebrate its local legacy and enjoy the thriving Q-C music scene.”