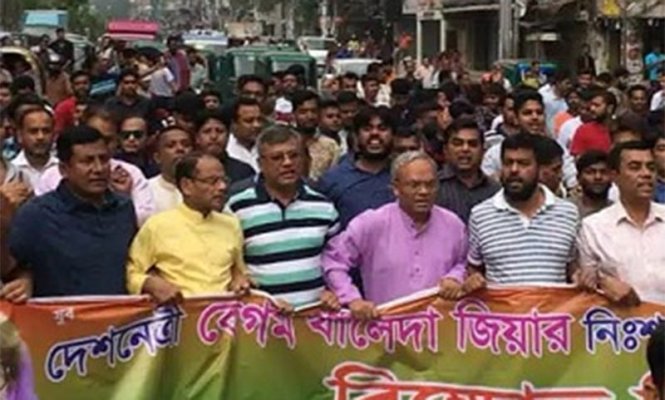 Some hundred activists of Jubo Dal participated in the rally which started around 11:00am from the BNP’s central office in Naya Paltan. Rounding the intersection of Nightingale, the rally ended at the starting point.

“The health condition of Khaleda Zia is deteriorating seriously day by day. The government is staging drama in the name of treating her (Khaleda Zia) and trying to deceive country’s people,” Rizvi said after the really.