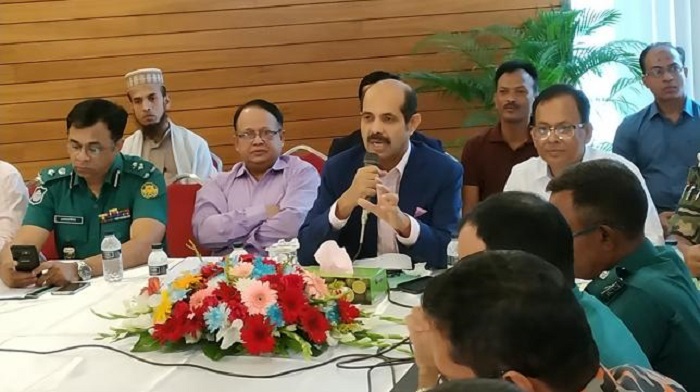 The initiative is being taken in the face of persistent complaints that drivers on the country’s roads are often drug-addled.

The DNCC mayor revealed this after attending a meeting with a group of students leading the movement for safe roads at the DNCC office in Gulshan.

“The process of introducing the test is underway,” Atiqul Islam said.

The DNCC organised the program following a Bangladesh University of Professionals (BUP) student’s death in a recent road accident in the city.

During the conversation, the students placed some demands including setting up zebra crossings instead of foot-over bridges, making BRTA free from brokers and corruption, installing of digital traffic signals, stopping the plying of buses on contractual basis, and half-fare for students.

Giving consent to those demands, the mayor said, “The city corporation has decided to set up push buttons flashlights on zebra crossings, construct footbridges, passenger shades.”

The DNCC mayor requested BRTA to undertake all necessary steps to launch an automated system to check vehicles fitness.  He also requested private institutions to come forward for giving driving trainings for the drivers.

The DNCC mayor said they have started constructing a model road from Malibagh to Kuril Biswa Road.