Dr Kamal asks Mokabbir to ‘Get out’ of his chamber 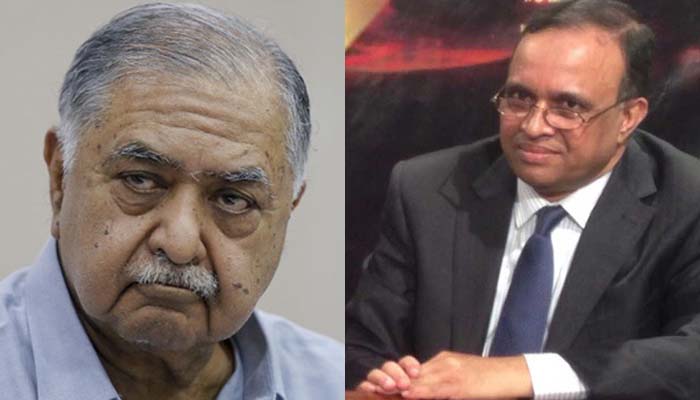 The unpleasant incident took place while Gano Forum nominated lawmaker Mokabbir Khan went to Dr Kamal’s chamber at Motijheel around 3:00 pm, two days after being sworn in as a Member of Parliament.

The Gano Forum chief was very much annoyed at Mokabbir Khan, a presidium member of the party, for swearing in as a Member of Parliament defying the party, Jatiya Oikya Prokriya leader Nurul Huda Milu Chowdhury told, who was at Dr Kamal’s office at the time.

“Sir became furious when Mokobbir Khan came and said ‘Salam’. (Dr Kamal) told him: ‘Leave this place right now! Get out! Get out! The doors to my office and chamber are closed for you forever!’,” Milu told.

On Thursday evening, General Secretary Mostafa Mohsin Montu said in a statement that the party was “shocked” at Mokobbir’s activities “against its ideals”.

The statement claimed that Dr Kamal, Montu, and other central leaders were not aware of Mokabbir Khan’s oath and that it was his personal decision.

It would take organisational action against Mokabbir and any other member involved in his swearing-in as MP.

Mokabbir Khan and Sultan Muhammed Mansur Ahmed, who were elected as Oikya Front candidates from the Gano Forum, however, sought to take oath.

Sultan took oath as scheduled on Mar 7 but Mokabbir backtracked on his decision saying he would get clearance of the party first.

He said he had permission of his party to take oath, a claim other leaders refuted.

The Gano Forum expelled Sultan Mansur hours after he took oath, but is going slow on Mokabbir Khan.

The party brushed aside Mokabbir’s claim that he had party permission as “untrue, flimsy, baseless and misleading”.

This is for the first time the Gano Forum has representation in parliament.

Mokabbir is the first to win any election with its ‘rising sun’ symbol. Sultan used the BNP’s ‘paddy sheaf’.