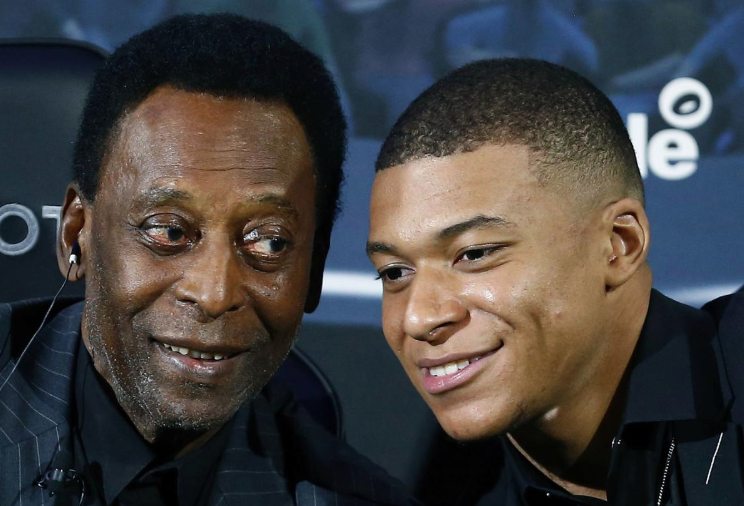 Soccer great Pele was hospitalized in Paris on Wednesday because of a urinary infection following a meeting with Kylian Mbappe in the French capital, his spokesman said.

Pepito Fornos told The Associated Press the three-time World Cup champion will be in hospital for up to two days.

"He was a little shaky and they detected a urinary infection," Fornos said.

He added that Pele had a fever and is being treated with antibiotics, but "it is all under control."

"Doctors want him to stay in hospital one or two days so he can leave fully recovered," Fornos added.

He did not specify which hospital Pele was being treated in.

Earlier, Brazilian TV network Globo said Pele had a cold and was medicated at his hotel on Tuesday. He woke up still feeling ill and was taken to a hospital on Wednesday.

The 78-year-old Pele and Mbappe, the French forward who has drawn comparisons with the Brazilian great after helping France win the World Cup last summer as a teenager, met as part of their ambassador roles for a Swiss watchmaker.

Pele has frequently been admitted to hospitals in the last few years for kidney and prostate procedures.

In November 2014 the Brazilian great stayed in a Sao Paulo hospital for two weeks, including some time in intensive care, because of a urinary tract infection.

At the time, his Brazilian doctors said intensive care was needed because of excessive inflammation in his body caused by the infection.

Pele's meeting with Mbappe had initially been planned for last November but was postponed because of the Brazilian's poor health at the time.