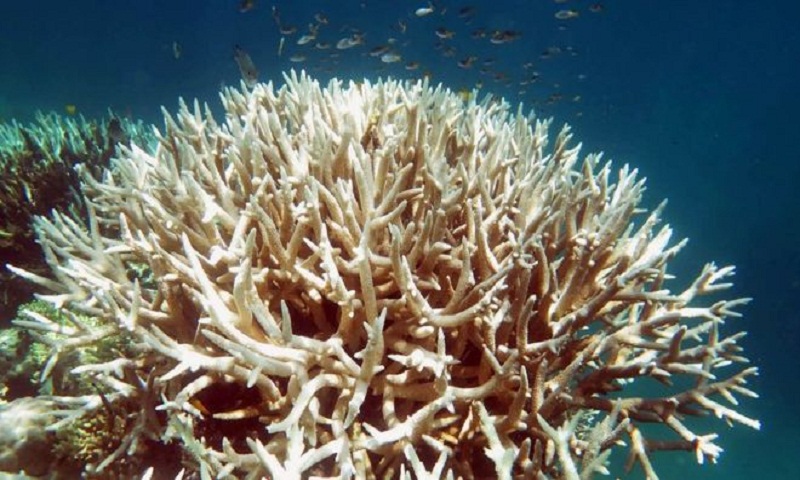 The number of new corals on Australia's Great Barrier Reef has plunged by 89% since unprecedented bleaching events in 2016 and 2017, scientists say.

The events, which damaged two-thirds of the world's largest reef system, are now being blamed for triggering a collapse in coral re-growth last year.

The scientists blame the problem on rising sea temperatures.

The research, published in journal Nature on Thursday, was carried out by a group of scientists last year.

It measured how many adult corals along the reef had survived following the mass bleaching events, and the number of new corals that had been produced.

The researchers said coral replenishment could recover over the next five to 10 years if there were no future bleaching events.

However, given current estimates, this likelihood was "almost inconceivable", said Prof Baird.

The reef - a vast collection of thousands of smaller coral reefs stretching from the northern tip of Queensland to the state's southern city of Bundaberg - was given World Heritage status in 1981.