$10m Adaptation Fund to be spent in Bangladesh’s islands 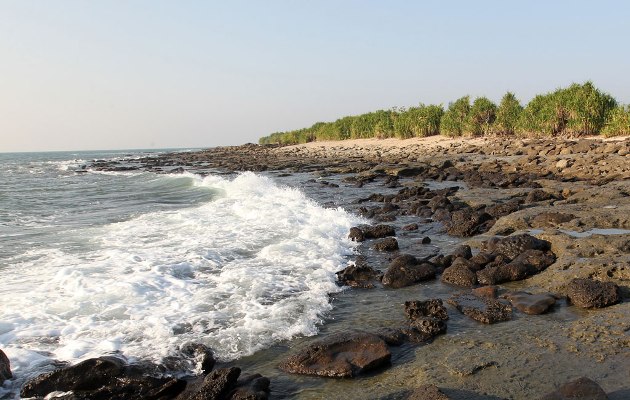 The Adaptation Fund, for the first time, has approved a US$ 10 million for Bangladesh aiming to enhance resilience of vulnerable communities of small coastal and riverine islands.

The allocation would be spent through a project titled ‘Adaptation Initiative for Climate Vulnerable Offshore Small Island and Riverine Charland in Bangladesh’, jointly implemented by the Ministry of Environment, Forest and Climate Change and the United Nations Development Programme (UNDP).

The fund, established under the Kyoto Protocol of the UN Framework Convention on Climate Change, has since 2010 committed US$ 532 million to climate adaptation and resilience activities, including supporting 80 concrete adaptation projects, a UNDP release said today.

Despite being one of the most vulnerable countries to climate change, Bangladesh is receiving the fund for the first time. The allocation was made at a board meeting of the Adaptation Fund held in Bonn, Germany, in March 2019.

A total of US$ 32.5 million were approved for new projects in Armenia, Dominican Republic, Bangladesh and Western Balkan to serve the Paris Climate Agreement smoothly.

“Despite a very full agenda, it was great to see the progress in new projects funded to benefit vulnerable communities across a variety of adaptation sectors including adaptation in small islands in Bangladesh,” said the Fund’s Manager Mikko Ollikainen.

“UNDP was pioneer in supporting the government of Bangladesh’s transformational change through providing policy recommendation and thought leadership during formulation of policies and strategies to address climate change,” said Sudipto Mukerjee, UNDP Resident Representative in Bangladesh.

He said it has provided innovative solutions for community-based adaptation and ecosystem-based adaptation to enhance resilience of climate vulnerable communities, helping Bangladesh move closer to attaining SDG13 by 2030.

“We will continue to extend our full support to the government of Bangladesh in this regard and keep putting emphasis on climate resilient and green development,” Mukerjee said.

The project will contribute towards achieving national priorities set in the Bangladesh Climate Change Strategy and Action Plan (BCCSAP) and the Nationally Determined Contribution (NDC).

This new initiative will be part of UNDP’s continuous effort to achieve sustainable development goals and eradicate poverty and inequality, and tackle the dual threats of climate change and natural disasters.