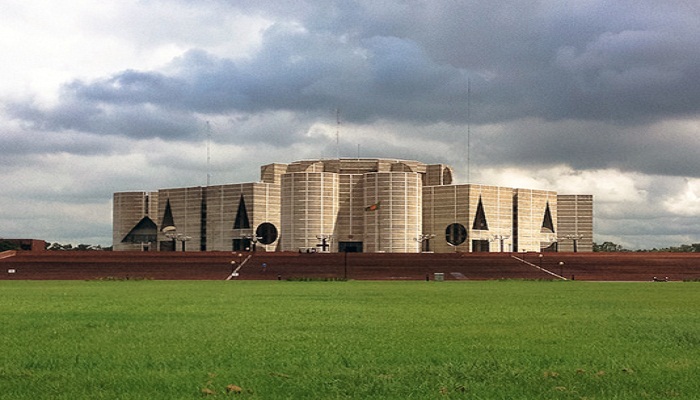 The second session of the 11th Jatiya Sangsad (JS) will begin at 5 pm on April 24, according to a statement issued by JS Secretariat on Wednesday.

President Abdul Hamid summoned the session exercising his power bestowed upon him as per Clause (1) of Article 72 of the Constitution.

The parliament secretariat statement said the duration and proceedings of the second session will be finalized at a meeting of the business advisory committee of the parliament on April 24.

With the passing of five bills, the first session of the 11th Jatiya Sangsad (parliament) was prorogued on March 11 after 26 sittings.

A total of 321 notices under Rule 71 of the Rules of Procedure were received and, of them, 30 notices were accepted.