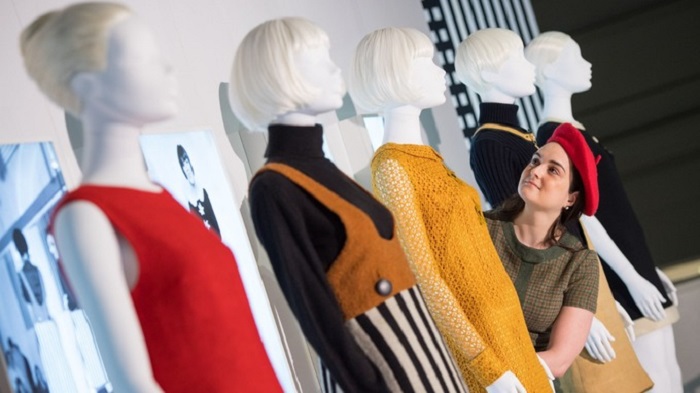 When London's Victoria and Albert Museum put out an appeal for surviving Mary Quant clothing ahead of a major exhibition dedicated to the designer they were overwhelmed with the response.

Over 800 people responded to the request to rummage through their attics and wardrobes to find not just clothing but also snapshots and memories.

Those items are now due to go on display as part of the V&A's One hundred Quant creations retrospective which opens Saturday and runs until February next year.

Thirty-five of the pieces in the exhibition were donated by the women who originally wore them, complete with personal stories linked to each garment.

Among them is a 1966 fancy red plastic raincoat with a white collar that has served two generations of the family of London artist Lady Michaelle St Vincent.

The exhibition features clothes and accessories dating from 1955 to 1975 as well as advertising posters for cosmetics bearing the daisy logo that became Quant's trademark.

The exhibition starts in the post-World War II world of Quant's experimental first shop, Bazaar, in London in 1955, and shows how her designs ended up being produced for US chain stores and mail order companies.

"Mary Quant pushed the boundaries of what was acceptable for women to wear."

She popularised the mini-skirt, colourful tights and tailored trousers.

In the 1960s, Quant launched Ginger Group, an affordable clothing range containing apron dresses both long and short, in shades of plum, grey and amber.

They appear in the exhibition alongside ultra-short dresses featuring bright colours and geometric designs. 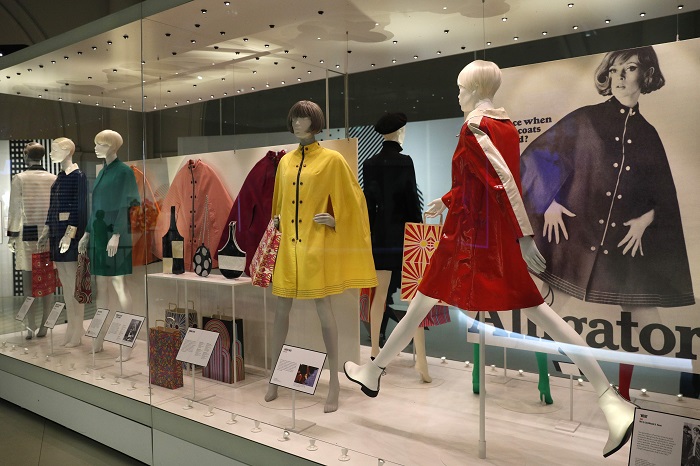 Quant seized the spirit of the times by taking cues from men's fashion, bringing out comfortable but trendy clothes in androgynous cuts.

"She's so famous for her miniskirts, and this became an ultimate symbol of women's liberation and working women having a style of their own," said the exhibition's co-curator Jenny Lister.

A video shows models wearing Quant's dresses and trousers, free to dance to the music.

It demonstrates "that liberation to run around and be physically free", back in the 1960s "when women were increasingly working or they weren't tied to the home with the chores", said Lister.

She turned simpler masculine styles into "feminist clothes which were really comfortable".

Some outfits are on the wild side, such as dresses with zips on the front to reveal the wearer's stomach or breasts.

Quant's penchant for sportswear and street fashion made her an avant-garde designer.

Several of the exhibition items are reminiscent of the clothes worn nowadays by London hipsters.