Film on Bangabandhu to be released by March 2021: Benegal 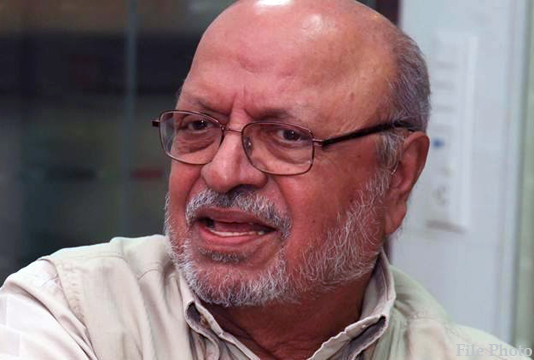 Noted Indian film director Shyam Benegal has said that they have a plan of releasing a film on Bangladesh’s Father of the Nation Bangabandhu Sheikh Mujibur Rahman by March 17 in 2021.

“Making of the biopic on Bangabandhu will complete before the end of the ‘Mujib Year 2020-21’, declared by the government on the occasion of Bangabandhu’s birth centenary. There is a plan of releasing the movie before March 17, 2021,” Benegal told Information Minister Dr Hasan Mahmud at meeting at secretariat in the city on Wednesday afternoon.

The film based on Bangabandhu’s biography will be made under joint production of the governments of Bangladesh and India, he said.

“A cinema is the outcome of teamwork. Bangladesh’s meritorious people will be involved in making the biopic on Bangabandhu. We will capture scenarios in Bangladesh. So, I am here to observe what kind of facilities we will get in this regard,” said the Indian filmmaker, who arrived in the city on Monday night.

Making a biopic on the life history of a personality like Bangabandhu is a matter of pride, Benegal said, adding, “An excellent friendly relation is prevailing between Bangladesh and India. And by making this movie, the relation will reach a new height”.

Besides, a 19-member committee has been made with Bangladeshis and Indians for making the biopic. Additional Secretary of the Information Ministry Ajharul Haque is leading the Bangladesh side in the committee.

During the meeting, Information Minister Hasan Mahmud said the government has declared ‘Mujib Barsha’ (Mujib Year) from March 17, 2020 to March 17, 2021. Two committees have been formed by the government and Awami League to celebrate the year, he added.

During Prime Minister Sheikh Hasina’s India visit in 2018, a memorandum of understanding (MoU) was signed between Bangladesh and India on making a biopic on Bangabandhu under joint production, the minister said, adding that the governments of the both countries conferred the responsibility of making the film on Benegal.

The biopic on Bangabandhu will not only be released in Bangladesh but also all over the world, Hasan said.

Information Secretary Abdul Malek and other officials of the ministry were present in the meeting, among others.