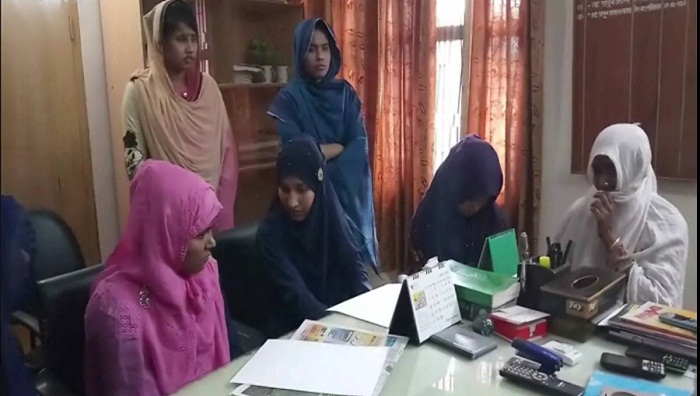 Four Rohingya women were detained from the regional passport office on Wednesday afternoon.

Sadar Upazila Executive Officer Amin Al Parvez said the women came to the officer for passports and introduced themselves as residents of Santospur in Nageshwari upazila.

Later, they were handed over to Sadar Police Station.

Bangladesh is currently hosting more than a million Rohingyas who fled from Myanmar over the years. The government in 2015 estimated that 50,000 Rohingyas were staying abroad with Bangladeshi passports.