Grandmother gives birth as surrogate for her son and his husband 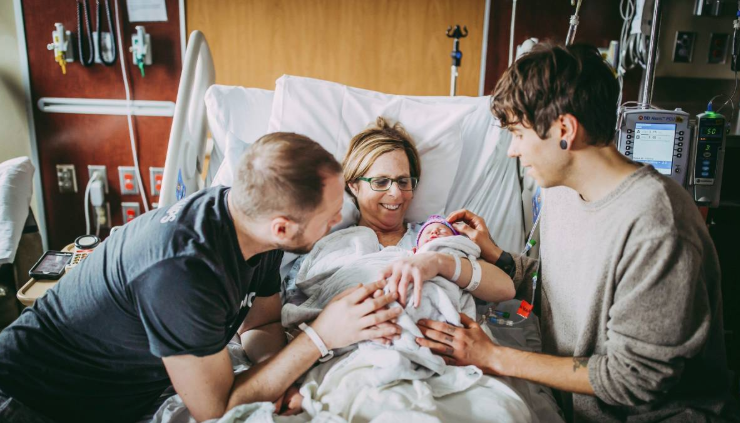 A 61-year-old woman has given birth to her own granddaughter in the United States after serving as a surrogate for her son and his husband.

The woman, Cecile Eledge, from Nebraska, had been through menopause but was nonetheless approved for surrogacy, reports local media.

She volunteered to carry the child for nine months and give birth in order to help her son, Matthew Eledge, and his husband, Elliot Dougherty, become parents.

The couple told media that the birth of their first child was possible due to the "selfless women" in their lives.

The egg was donated by Dougherty's sister.

Doctors fertilised the egg using Eledge's sperm, and the embryo was then implanted in his mother's womb.