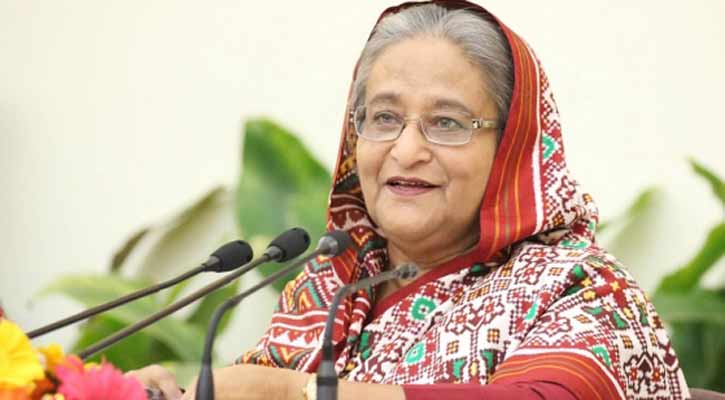 Prime Minister Sheikh Hasina on Wednesday inaugurated and laid foundation stones of 65 uplift schemes including 24 economic zones, opening up a new horizon in industrialization and employment for country’s overall development.

The premier opened and laid foundation stones of the development projects by unveiling plaques through a video conferencing from her official residence Ganabhaban in the capital this morning.

Sheikh Hasina also opened the commercial production of 16 mills and factories and laid foundation stones of 20 others at the function.

A video presentation was screened on the event.

The premier earlier unveiled the cover of a souvenir of the development schemes.

She later exchanged views with the cross-section of people including public representatives, businessmen, government officials, teachers, students, and guardians through the video conference.