Govt not to allow distortion, mismanagement in economy: Finance Minister 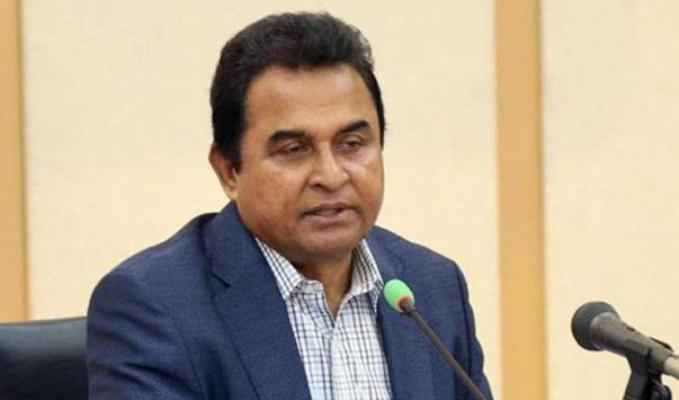 Finance Minister AHM Mustafa Kamal on Tuesday said that the government would never allow any sort of distortion and mismanagement in the economic arena.

“I want to run everything in a proper and rightful way,” he said, addressing the first Annual Business Conference of Padma Bank Limited, a fourth generation bank, at a city hotel in the capital Tuesday.

Reiterating the stance of Prime Minister Sheikh Hasina that all sorts of mismanagement, distortions and erosion of resources here and there have to be contained, Kamal said, “I will follow her ideals. I will never allow any distortion and mismanagement here and there,”

Noting that Bangladesh has notched 42nd slot in the global economy over the last 10 years from the 58th slot, he said the objective is now is to topple one country every year and by 2041, to be included in the list of top 20 countries.

Mentioning that everybody is safe in the country economically, Kamal said, “If you trust me, you will not be loser. I am always with the good people, good bankers and good borrowers.”

“We’ll definitely build Sonar Bangla as dreamt by our Father of the Nation,” he added.

Bangladesh Bank Governor Fazle Kabir suggested the Padma Bank high-ups to refrain from aggressive lending side by side giving attention to loan recovery.

He also advised the bank management to ensure credit quality, avoiding excessive expenditure, upholding image of the bank and practicing the culture of corporate governance.

NBR Chairman Md Mosharraf Hussain Bhuiyan said the banks would have to continue their efforts to gain the trust and confidence of its consumers.

Urging all to extend their hands of cooperation to the NBR to boost revenue collection, Mosharraf said those who launder money abroad would be continued to be brought to book.

Padma Bank chairman Chowdhury Nafeez Sarafat said Padma has made a successful turnaround despite all difficulties.

“We have brought down non-performing loan, collected defaulted loans and mobilised new deposit. We are striving hard. There is no lacking in our efforts, efficiency and sincerity,” Sarafat said.

Padma Bank MD Ehsan Khasru paid tribute to the bank’s new owners and management, saying their vision has helped the bank make a successful comeback within a short time.

The bank has 57 branches, providing most modern banking facilities across the country.