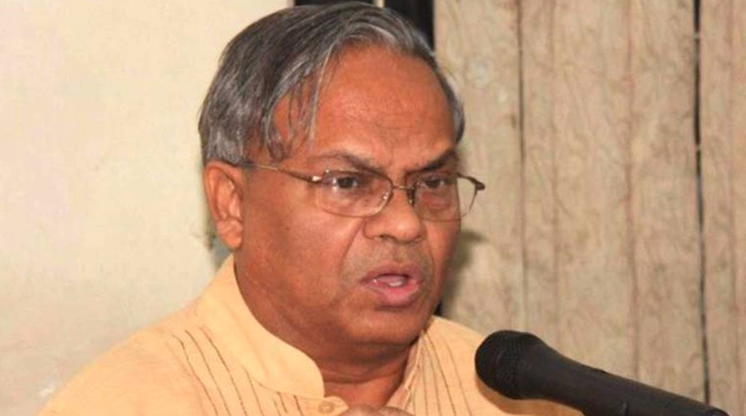 BNP will observe a 6-hour token hunger strike in the capital on Sunday (Apr 7) demanding its chairperson Khaleda Zia’s release from jail.

Rizvi said their party’s all district units will arrange the milad mahfil tomorrow at their convenient time and the token hunger strike programme will be observed from 10 am to 4 pm in the capital.

He said they have already sought permission from the authorities of Institution of Engineers, Bangladesh (IEB) to hold their programme on Sunday.

Earlier in a brief speech at the milad mahfil, BNP secretary general Mirza Fakhrul Islam Alamgir asked the country’s people to pray to the Almighty Allah for the early recovery of their seriously ill chairperson Khaleda Zia.

“Our chairperson was very sick when she was taken to PG (Bangabandhu Sheikh Mujib Medical University) Hospital, she had to be taken to the hospital in a wheelchair as she couldn’t stand up,” he said.

Fakhrul said though they have long been demanding that their chairperson be taken to a specialised private hospital for proper treatment, the government did not pay heed to it. “She was again taken to the PG hospital,” he said.

Under the circumstances, Fakhrul asked their party leaders and activists to get united to free Khaleda from jail. “We’ve only one option to free our leader and carry out a democratic movement under her leadership to remove the current extreme autocratic, fascist and despotic government,” he added.

Khaleda was admitted to the BSMMU on Monday with severe pain in the joints of her hands and legs, insomnia and high sugar level.