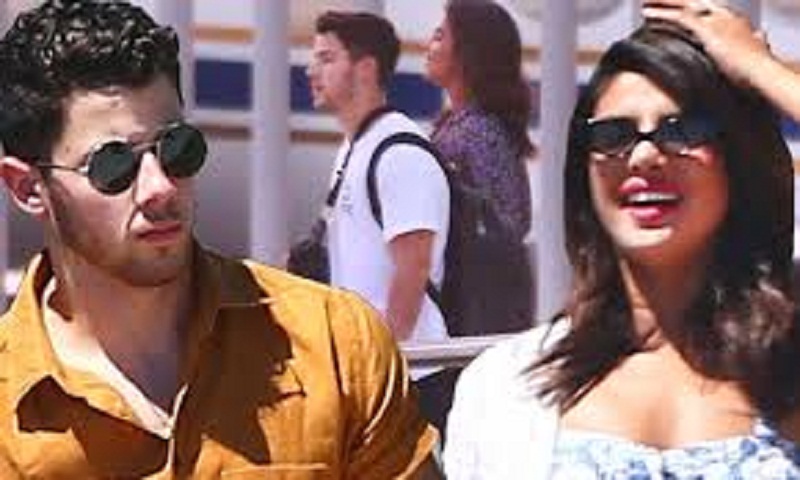 Actor Priyanka Chopra and her singer husband Nick Jonas are not headed towards divorce and will reportedly sue OK! magazine for publishing a slanderous article against the couple. According to a report in In.com, a source close to Priyanka said that she will ‘let loose’ her legal team on the magazine for alleging that the couple are headed towards a divorce just ‘117 days’ after getting married. Gossipcop.com contacted Priyanka’s rep, who told the website that the story is ‘nonsense’.

Priyanka’s close associate told In.com, “Once she makes up her mind to deal with negative rumour-mongering, nothing can stop her. Piyanka will let loose her legal team on this news-manufacturing tabloid and ensure they get to their knees.” Another friend of Priyanka said that they are still very much in love. “I met them both last week. The vibes between Priyanka and Nick is so warm no party pooper can piss on her parade. Tabloids and portals that go any lengths to generate news must be told where to get off,” they said.

The OK! magazine article read that the two are quickly falling out of love now that they are “starting to really get to know each other”. “They’ve been fighting about everything -- work, partying, spending time together. The bottom line is that Nick and Priyanka rushed into things...And now they’re paying the price. Their marriage is hanging by a thread,” said a source.

The source is quoted as saying that Nick believed the actor was “cool and easygoing” when they got married. “But recently Nick has seen a controlling side to her. She also has a temper -- that’s something Nick wasn’t aware of until after the wedding celebrations.”

The article goes on to say that Nick’s family is “begging him to end” the marriage as they initially thought Priyanka was “this mature woman who was ready to settle down and have kids”, but they now feel she’s a party girl who “acts like she is 21”.

The source says a split could result in a major battle over money. “There are whispers that Nick and Priyanka got married so quickly they didn’t take the time to draw up a prenuptial agreement...”

But in reality, Priyanka and Nick are sharing daily glimpses into their happily married life on social media. She attended her first ever Jonas Brothers concert on Saturday where Nick said ‘I love you’ to her from the stage in sign language. He also promoted her latest YouTube original, If I Could Tell You One Thing, on his Instagram page.

The couple was also in Miami last week with Joe, Kevin and Joe’s fiance and actor Sophie Turner. The family partied together on a yacht and videos of their fun day out went viral on social media.

Priyanka and Nick got married in India in December last year in three-day wedding festivities at Jodhpur’s royal Umaid Bhawan Palace, where they exchanged wedding vows as per both Christian and Hindu rituals in two separate ceremonies. After the wedding, The Cut magazine had also published a sexist, racist piece against Priyanka, calling her a ‘global scam artist’ for marrying Nick. The magazine had to take down the article and issue an apology after international backlash, report Hindustan Times.