US suspends F-35 deliveries to Turkey over Russian arms 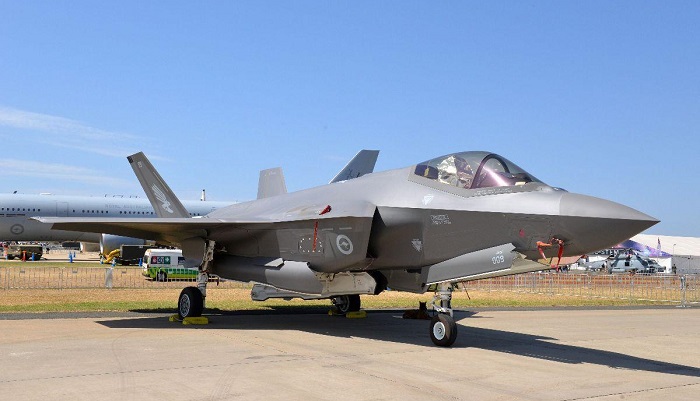 The United States said Monday it was halting all deliveries and joint work with Turkey on the F-35 fighter jet programme after the NATO ally insisted on a major purchase from Russia.

After months of warnings, the United States said that Turkey's decision to buy Russia's S-400 system was incompatible with remaining part of the emblematic US warplane programme.

"Pending an unequivocal Turkish decision to forgo delivery of the S-400, deliveries and activities associated with the stand-up of Turkey's F-35 operational capability have been suspended while our dialogue on this important matter continues with Turkey," the Pentagon said in a statement.

US officials have voiced concern that, with Turkey in both camps, Russia could obtain F-35 data to improve the accuracy of the S-400 to shoot down Western aircraft.

The Pentagon said that it had started to look at secondary sources to produce parts for F-35s that were being developed in Turkey.

"We very much regret the current situation facing our F-35 partnership, but the (Defense Department) is taking prudent steps to protect the shared investments made in our critical technology," the statement said.

The purchase of a Russian system is highly unusual for a member of NATO, the Western alliance forged to counter the Soviet Union.

The US suspension announcement comes two days before foreign ministers from the 29 members of the North Atlantic Treaty Organization are due in Washington to celebrate the 70th anniversary of the alliance.

Last week, Foreign Minister Mevlut Cavusoglu met in Turkey with his Russian counterpart, Sergei Lavrov, and insisted that the S-400 purchase would go ahead.