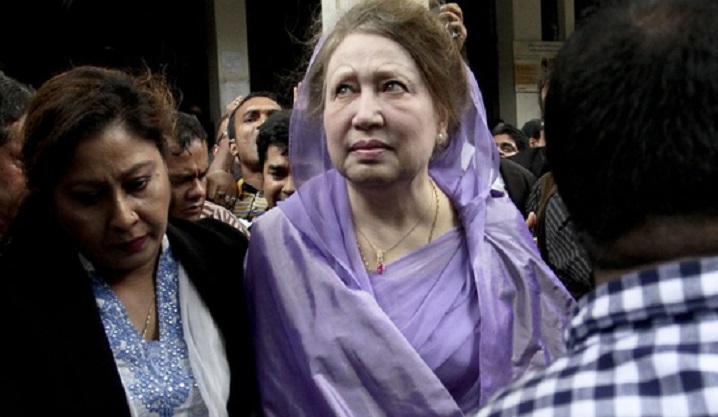 A Dhaka court on Monday again adjourned the hearing on charge framing in Niko graft case against BNP chairperson Begum Khaleda Zia and others.

Today (Monday) was set for holding hearing on charge framing, but the jail authorities couldn’t produce Khaleda Zia before court, sending custody warrant instead, saying the BNP chief is sick.

The court on earlier occasion, expressed its displeasure over the repeated adjournment, adding, “Hearing on charge framing in this case is going on for long four years.”

The court had said it would pass order if the defence failed to hold hearing on charge framing on the next day (April 1).

The ACC filed the case against five including Khaleda with Tejgaon police station on December 9, 2007, for abusing power in signing a deal with Canadian company Niko for exploring and extracting gas.

The ACC on May 5, 2008, submitted charge-sheet against 11 people including Khaleda Zia.

Accepting a petition filed by Khaleda, the HC on July 9, 2008, stayed the case proceedings and issued the rule.

The High Court on June 18, 2015, passed an order paving way for continuation of the graft case against the BNP leader before the trial court. The court had also asked the BNP chief to surrender before the concerned trial court within two months.

Khaleda is now behind bars after getting convicted in Zia Orphanage Trust graft case on February 8, 2018. She was sentenced to five-year imprisonment, which later enhanced to 10 by the High Court.