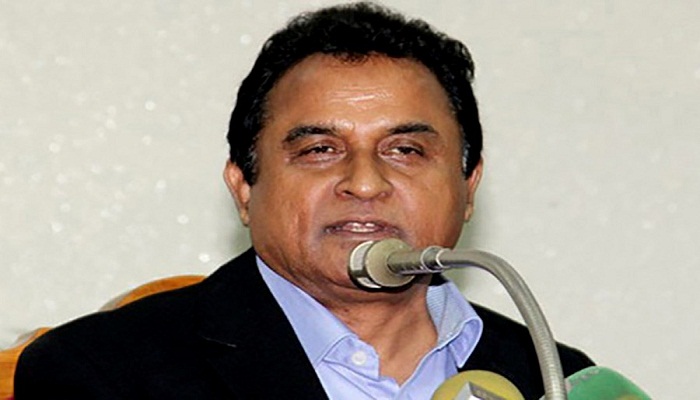 Finance Minister AHM Mustafa Kamal on Sunday said the country’s debt to gross domestic product (GDP) ratio is one of the lowest in the globe, an indicative of economic stability.

“Bangladesh’s Debt-to-GDP is one of the lowest in the world. It shows the stability of the economy. Despite global recession, Bangladesh has been able to achieve over 7 percent growth in the last ten years of the government,” he said.

The finance minister was speaking while meeting with International Monetary Fund (IMF) resident representative for Bangladesh Ragnar Gudmundsson at his Economic Relations Division (ERD) office in the city, said a press release.

He said the government wants to ensure 100 percent employment within 2025. “The government hopes that the poverty rate in the national level will come down to 16 percent if we will generate employment as per the target,” he added.

Kamal said the government will develop skilled human resources in order to create employment. “Apart from this, the government will increase the cost to build necessary infrastructure so that private sector can play an important role in achieving higher economic growth,” he added.

He informed that the government is giving utmost importance to implement fast track projects within the stipulated time.

The minister said the government is taking necessary reforms initiatives to achieve the efficiency of collecting internal resources.

Kamal reiterated that the new VAT law would come into effect from July 1, saying that there would be multiple VAT rates.

“In the new VAT law, there will be tolerable multiple rates instead of single rate. Apart from this, no VAT will be paid for the daily commodities. Under the law, the use of Electronic Fiscal Device (EFD) will be made mandatory to prevent VAT evasion,” he added.

Besides, Kamal said the use of EFD will create an opportunity for huge employment generation.