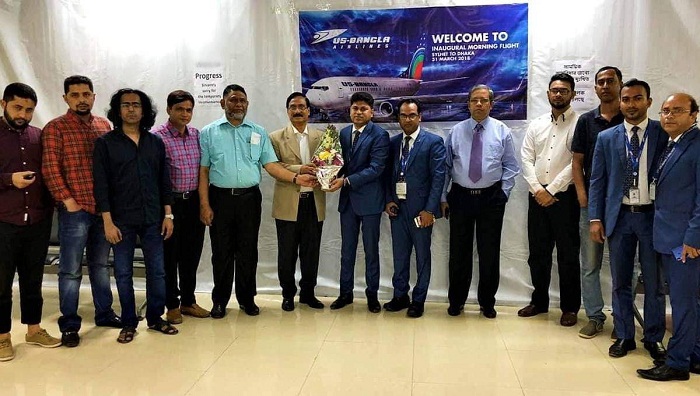 US-Bangla Airlines, one of the leading private airlines of the country has launched direct flights from Dhaka to Chennai of India.

The first flight left the capital at 9:10 am that reached Chattogram at 10:45 am and flew for Chennai on Sunday.

Initially, three flights will fly from Dhaka to Chennai via Chattogram on Sunday, Tuesday and Thursday and will return on the same days.